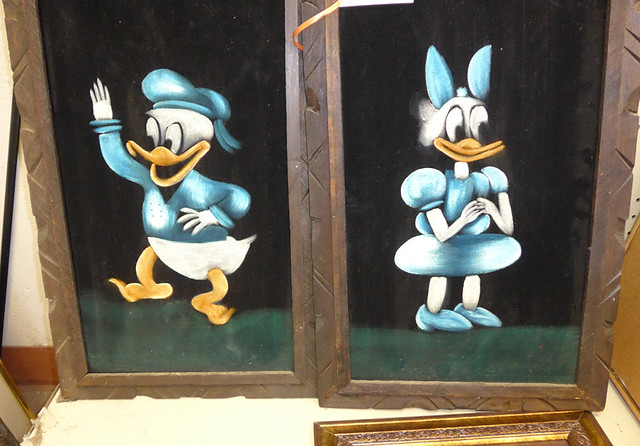 What’s not to love. It’s ducks carved out of some strange duck dimension with an ice cream scoop, weird random solid forms come together to create a state of low-threat copyright infringement. The dress. The bills. The unsettling chewing gum legs. The dark, hungry blackness beyond that Donald’s forced whimsy belies. Sad ducks. Troubled ducks. 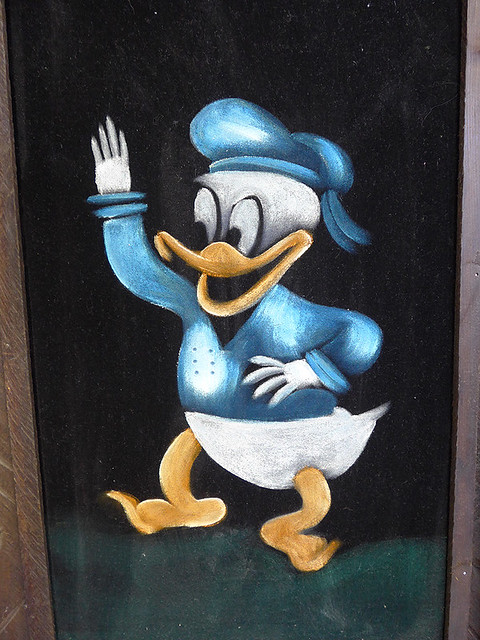 Unsure of what the six dots represent. They might be the international symbol for dominos. According to the Googles, it’s the symbol “=” in the Braille alphabet, so, there’s that. “My right pit, it radiates light, and Braille.” I’m glad I’m not Donald.

While every part of Donald is certainly creepy as hell, I’m most troubled by his extremities. The legs are self-evidently made of overboiled lasagna noodles, so let’s pay attention to the hands.

For all the rich three-dimensionality of this particular Donald, his right hand is flat, a member cut from construction paper and pinned to the inky black void with that blue tacky stuff you get from teacher stores. His left hand has so much mass, so much gravitas, that it’s sinking into the rest of his body, proving what we all know: solid matter is basically a shared, but convenient, illusion, and ducks are 99.999% empty space. 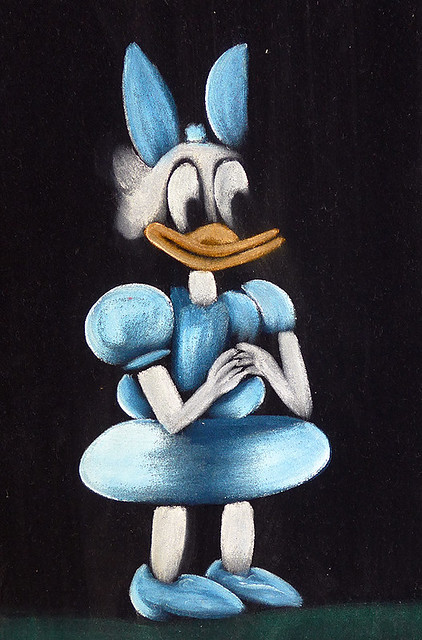 This is his girlfriend. If you stop looking at her, she fades into the void.

Daisy is an interesting case. Her head is just barely there, threatening to vanish into the night like a soap bubble in a cave. Her dress, meanwhile, has all the solidity of a rock. That dress is THERE, bam. You could seriously bark your shin on that skirt. Bleeding could happen. But at least she has good hands. And amazing shoulder swivel joints allowing her unrestricted 360 rotation in all directions. Ducks. They’re so modular.

Next to New, usually an upscale sort of shop. Near North Loop and Burnet.