Angels. They have those flowing white robes, a bit of a tendency toward androgyny, and they’re ever so holier-than-thou (although, being angels, it’s probably allowed.

Have you ever wondered what was up those shiny white robes?

The truth may puzzle and disturb you. 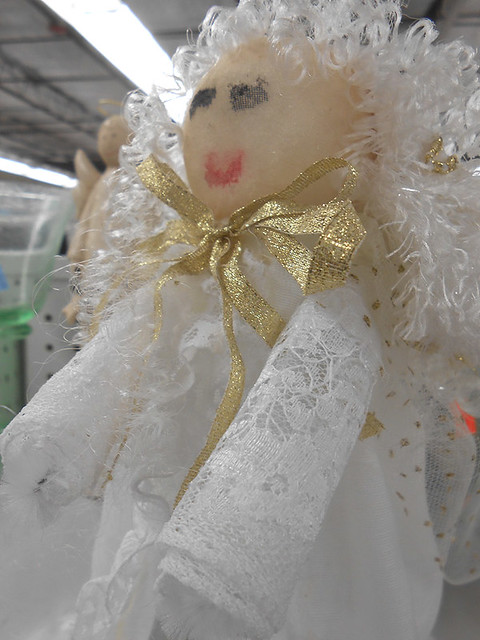 Angels are spun from the thoughts of God, of course. Everyone knows that. But some angels are created on Tuesday morning when God is in the bathroom before going to work. Those aren’t his best angels. They may have Styrofoam heads covered in pantyhose. For example. 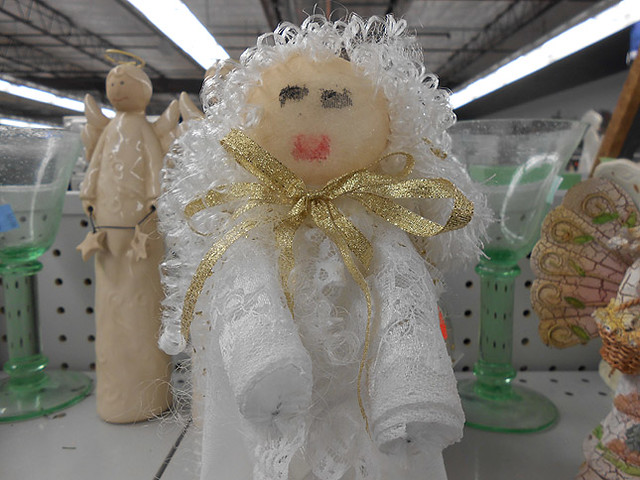 And tube-arms. Not good for much. Better suited for flailing around than actually lifting a trumpet or a scroll with “GLORIA” on it or some such. I’d say they should be on trees, but…it’s not going to work. 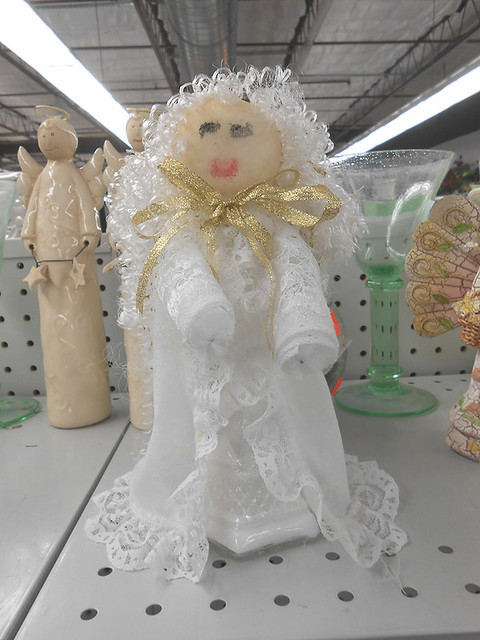 This angel will never show any celestial thigh, and will never–and I do not encourage this behavior for the at-home reader–have a Scots Pine shoved up her wrap-skirt. Because she has been “up”-cycled. 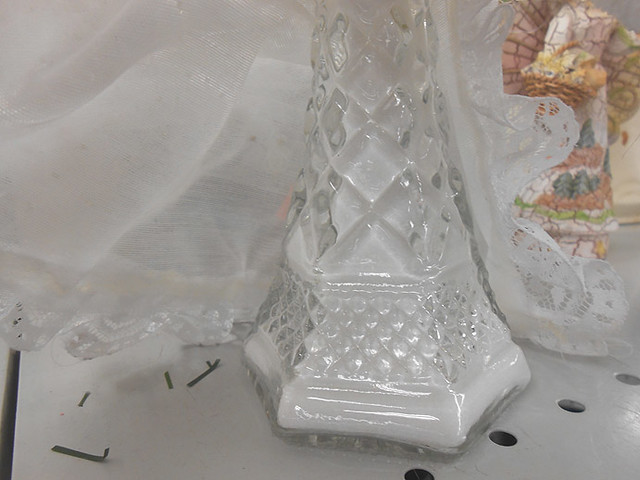 Be not afraid! For unto you has come an angel, borne of salt shaker! She is the savor of mankind!

(biblical puns. Worth their weight in salt.) 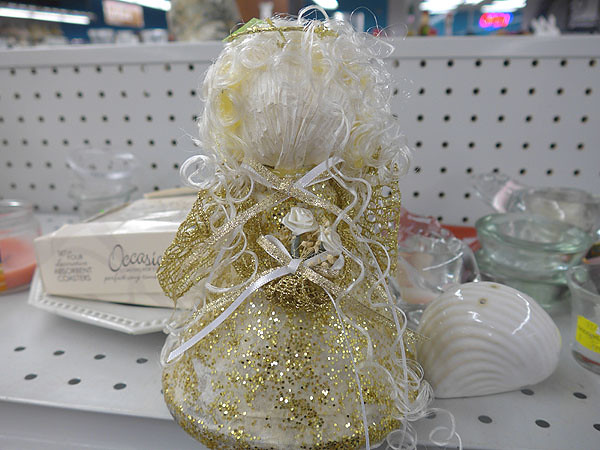 Sometimes I take these photos a year or two ago and then “develop” them six months later, and then when I use them there’s a “what was I thinking” moment. I spent a few puzzled seconds trying to find the face shot of this little…entity. But no, like the Faceless Old Woman Who Secretly Lives In Your Home, that’s all you get. 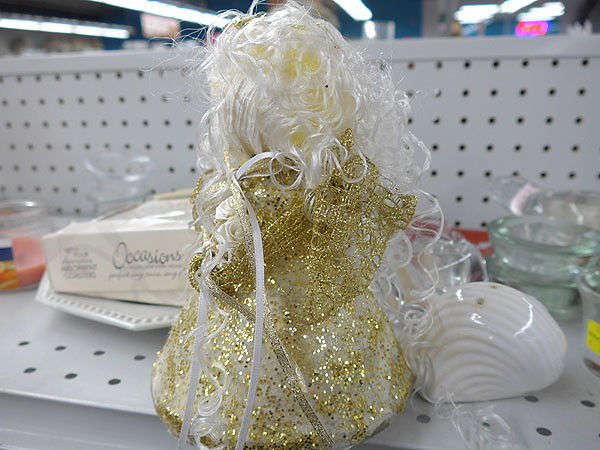 Interestingly, she is the exact conceptual opposite of a tree-topper that lights up when you run a current through it. 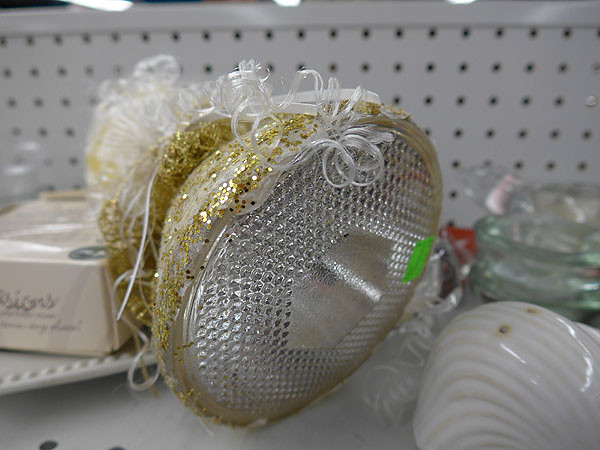 If these two are sisters–and by the frizzy white doll hair I suspect they are–what else might be shoved up an angel’s skirt? It has to be white, or maybe silver. We know that. I don’t know if glass is required, though it adds gravitas (latin for “mass”). Which of the following could you find up an angel? An egg? An entire roll of paper towels? A parsnip? Rapper and former Big Brother contestant Darnell Swallow? You decide.