Poor Santa. At some point–probably when he was sliding down the chimney–his face came off. 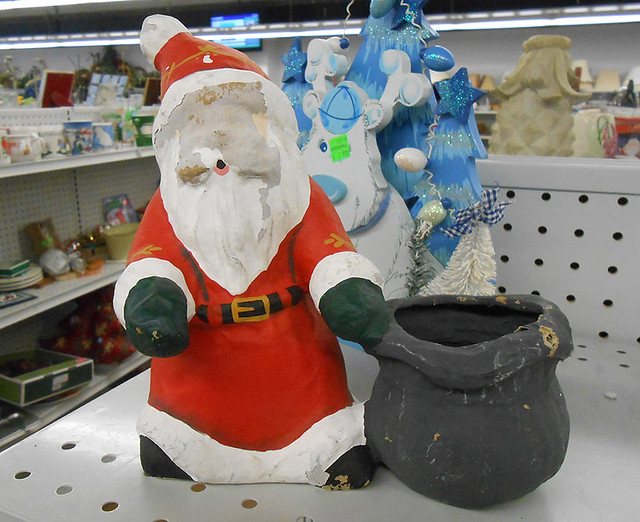 It doesn’t help that this particular Santa was made out of papier-mÃ¢chÃ© and bathroom grout (old bathroom grout, not that fancy new stuff from the tube). Or that he’s molding slightly, or formed from a single piece of ancient chewing gum, molded into a vaguely santoid construct. Or, of course, that his face was sanded off. That’s unlovely. 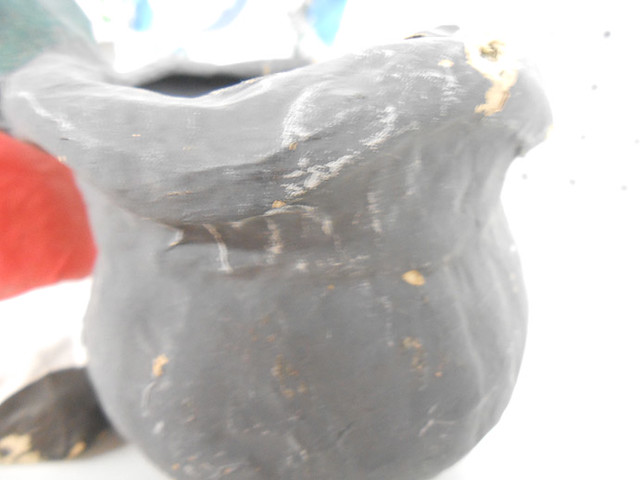 It is filled with sadness, or maybe very old stew. A dead cat, perhaps, though that seems unlikely. Maybe a small white mouse. Alive. Delicate and precise in its movements, with shining lack eyes. These are the things that keep Faceless Santa company. 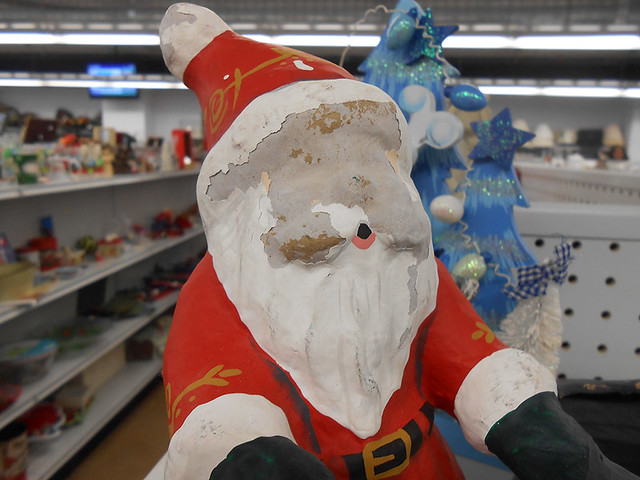 There are no words to Santa’s endless song. Merely a high, endless wail. Like the “loo looo” song at the end of “It’s Christmas Charlie Brown”…forever.