Run! The lake is coming for us!

Finishing off a week of landscapes with this dip into terrifying surrealism, where a giant lake with four eyes and an all-devouring maw creeps across the land, amoeboid-like, seeing to devour a volkswagon-sized…beetle of some sort. Possibly a goliath beetle, or some sort of spider-ladybug hybrid. Overhead, the sun strikes out in all directions, its mustaches curling in the intense heat.

THAT is a Friday landscape. 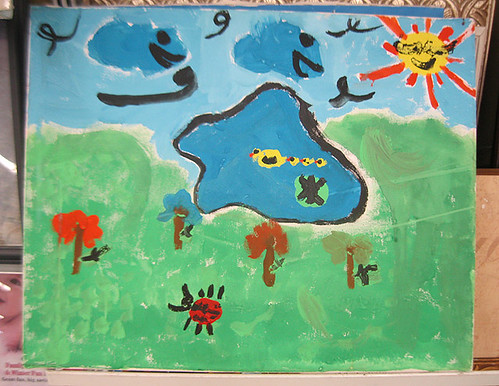 Oh! They aren’t hideous eyes at all! They’re baby ducks! The way the lake had lurched over the horizon like a heaving gelatinous mass from the Monster Manual II, I wasn’t sure. Why would a hideous jellylike blob need baby ducks? 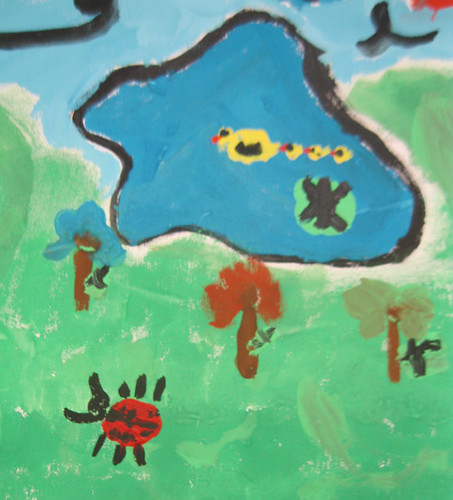 I’m liking the “eyes” theory. It looks like it’s pursuing its pray relentlessly, and is fully prepared to engulf a few…trees…clothespin dolls…paintbrushes…no, definitely clothespin dolls, the one at the left has a huge grin on her face. I think they may have swords. 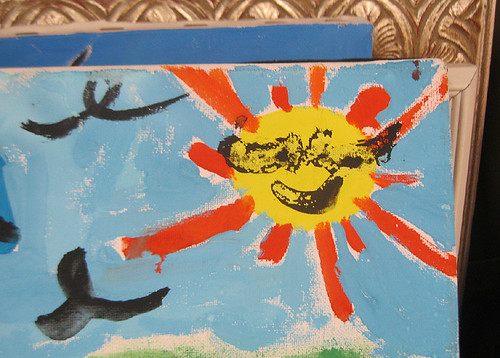 Now, about that sun.

Ignoring the fact that beams radiate from its angry surface like red laser death–a not uncommon trait of the sun in children’s art–what the hell happened to it? Maybe that’s supposed to be a moustache or mouth, and great sweeping eyebrows like a muppet. No, this is the ultimate, tragic death of an em-bird that flew too close. Burned to an ashy “W” in the sky, a few singed feathers–or smudges–drift from the sky like refugees from a Japanese child’s handwriting lesson. Look, there’s “two.” 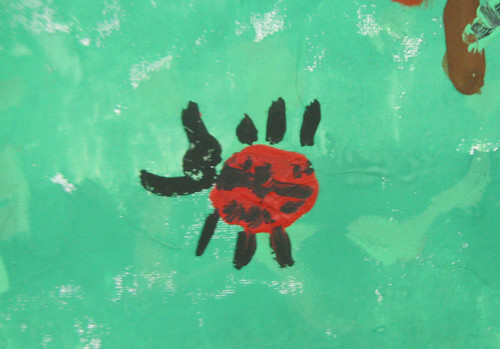