Plenty of fish on the shelf

Seriously, shell artist. You balked at the hat? the single easiest part of a fisherman to replace with, I don’t know, a half clam, a cowrie, one of those little spiralling winkle things with the points. Make him a pretty shell princess, or a shell monk, or whatever. There are so many options. But you went with a straw hat? 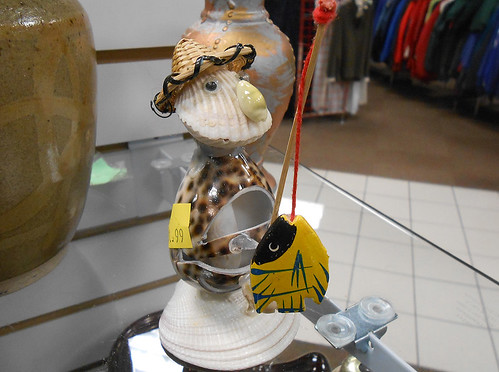 Although I guess you can go too far with verisimilitude. Take the poor guy’s nose. Like gin, both are inspired by potatoes. And this one is probably also inspired by gin, as well. Take it from the side (it won’t fit, straight on): 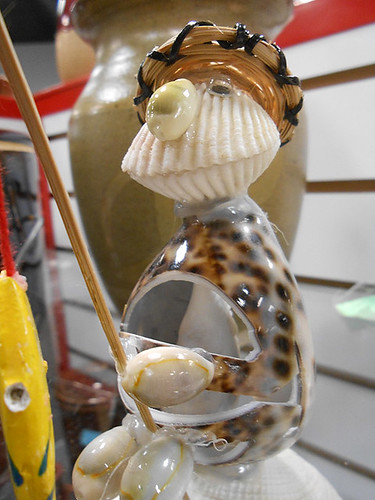 I haven’t quite grokked what’s going on in his stomach area. It is weirdly transparent. You could use him as a napkin holder, which may be what’s happened. Or as a convenient fish storage space. But you can almost see his spine through his rib-void, which is, well, not something I generally look for in a guy. “Can I see through your body to the wall beyond, except for a slender spine of bone supporting his neck and ‘head’? Sign me up, he’s marriage material.”