That’s not an ox.

Not to judge anybody’s Christmas celebration, but…I notice they waited until after unwrapping a few presents before getting to the big, struggling, whimpering one. You know, the one that was tied shut and had no air ventilation. 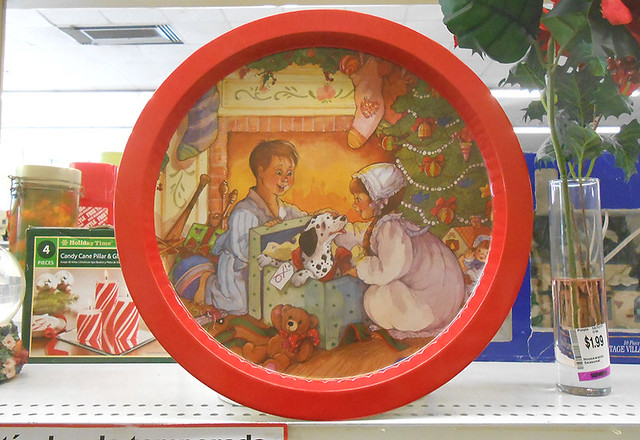 Okay, I know this is supposed to be a cute, faintly Norman Rockwellian moment, but this would only work if some very powerful tranquilizers were involved. I spent several hours over the last week trying, and failing, to wrap a dozen damned DVDs. How does one go about lining a dalmatian with tissue and getting it to sit still as you tie a bow around it? I couldn’t it. But I can see why they cheated and just got an oversized gift box for the final round. 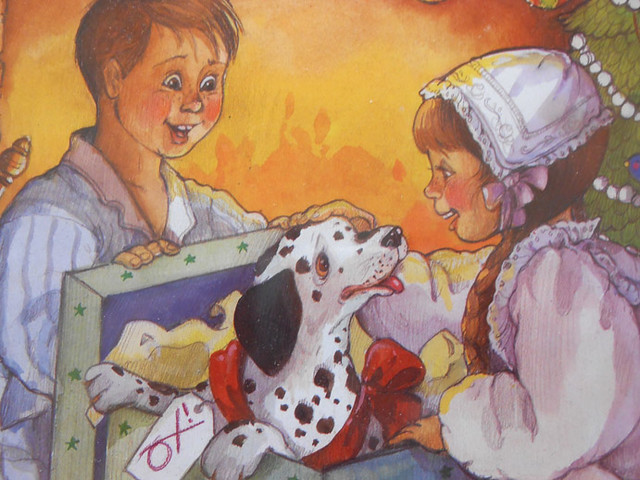 I’m guessing the dog is on the same stuff as the little girl. Maybe her brother just unwrapped her, too. It’s like that scene in “The Toy“, but instead of getting their very own Richard Pryor, he landed a gently stoned Victorian sister and a traumatized dog.

I like the tag. “Merriest of Christmases, young James Jr. We hope this package is received well and that its contents survived shipment. The servants will clean up after you and provide some sort of fruit compote or some such. Hugs and Kisses from Coventry, Mumsey and Daddy.”

Maybe I’m reading too much into it. 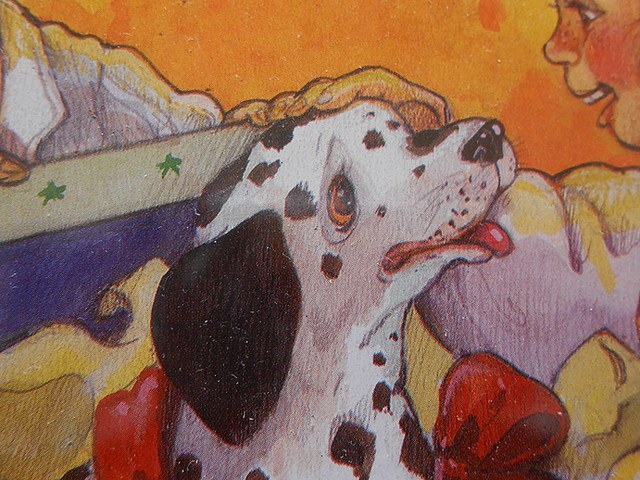 “Oh god…oh god…thank you…I’ll do whatever you say, sit down, roll over, bring you your slippers, just don’t put me back in the box!!”