My partner is painting the spare bedroom now, and occasionally I hear crashes. So I’m going to be hiding behind my monitor now, and meditating on the subject of bad DIY painting. It’s kind of a recurring theme. 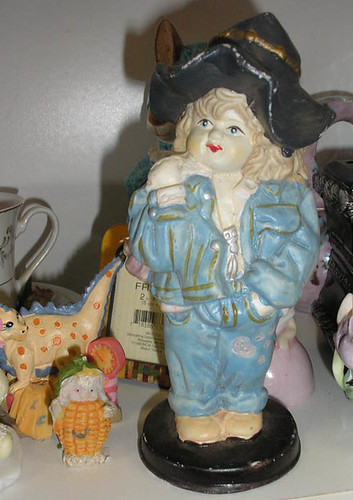 Meet Little Lord Fauntleroy. Actually, that’s a dinosaur behind him, so he’s TITANIC Lord Fauntelroy, towering over saurians and…weird corn people alike. By using gold/brown to highlight every crease and fold in the fabric, we have maximized Fauntelroy’s wrinkleatude to its highest ability. He is now one complex, intricate and reticulated crease. With lips.

You can’t miss the lips. 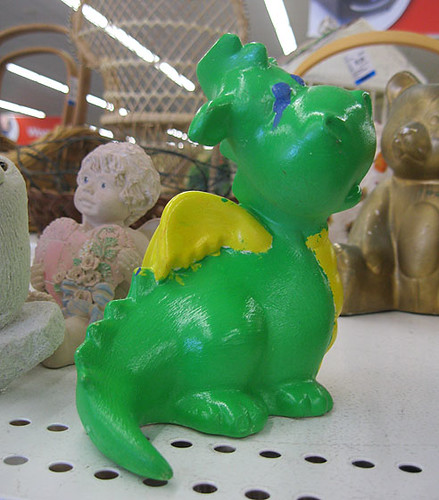 Or else his mascara is running. His blue, blue mascara.

It’s good not to obsess too much about details, and paint with a broad brush. This one was started with a paint roller in fact, but then the artist (using the term as loosely as possible) just went with dunking instead.

On the subject of dunking, 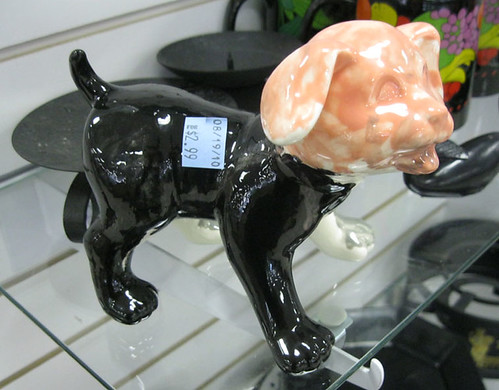 I don’t know if this was intended as a sort of rascally, multicolor thing, if so, it went about it in totally the wrong way. You’re supposed to have a black spot over the eye, not an entire body covered in coal tar except for one leg that’s all “Achilles’ tendon” and a head that’s either a lump of bare, scarred flesh or chewing gum. Â Looks like chewing gum. 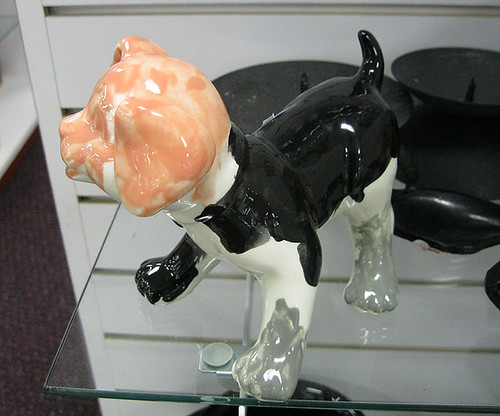 Worst of show for working breed. Possibly a doughmation? I don’t know. It’s transcended “stepped in something” to “composed of something,” and that’s bad.