I don’t know what this is…

but I bet it makes a LOT of noise. 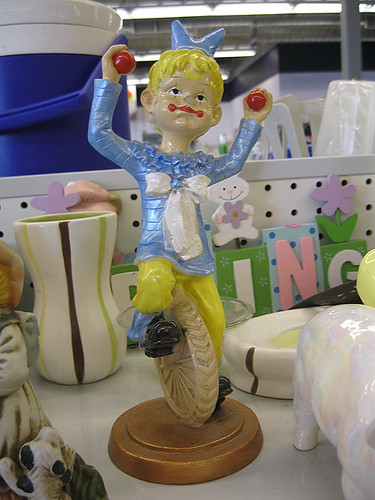 I mean, look on it. It’s 1) a clown, 2) on a unicycle, 3) and I think it’s supposed to be a five-year-old. Think of the racket. I mean, it even looks like one of those little noisemaker rattles for new years, the ones made of a little tube with two clackers on either side. Symbolically, this is powerful magic, it’s probably the loudest thing you can get that isn’t actually an explosion. Though he might have blown his nose off. 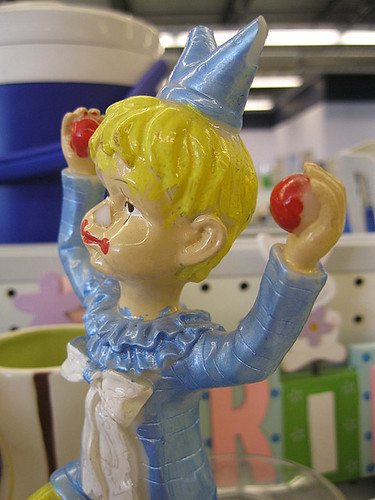 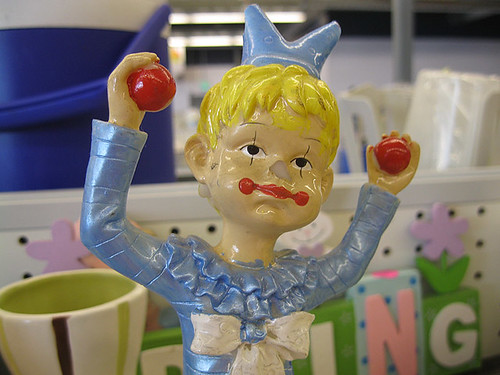 If I could have put new batteries into this guy to see him battering his head with those little red balls, I totally would have. It would have made my day, even though he probably would have gotten blood and/or red grease paint on his shiny satin top.

BTW, No-one should wear that top.