Today there will be big-eyed kittens.

The 60s did something to people. If you survived them,Â apparently you started thinking big-eyed creatures–children, mostly, but dogs, some politicians, they even glued eyes to rocks because they weren’t big-eyed enough (or was that the 70’s? My bad.) 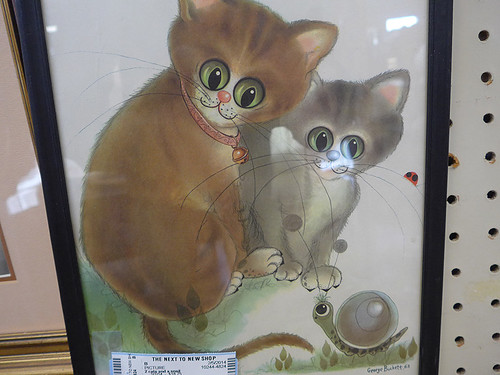 Every time I think something is so absurd that is utterly doomed to die an unloved spinster, I find out that there’s someone who’s desperately seeking it on CraigsList. I’m not saying that big-eyed art is intrinsically horrible, but these poor little kittensÂ do look a bit like an experiment in inexpert taxidermy. Or maybe he sat on an air horn. 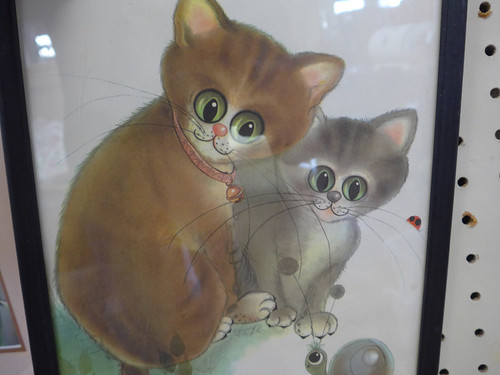 Mr. Buckett’s art is unapologetically big-eyed. No member of the Big-Eyed school of art had ever attempted a big-eyed snail until Buckett. And after Buckett, nobody would, because it would only be sad and derivative. “Oh, another big-eyed snail? It was daring in 1963, butÂ you’re no Buckett.” 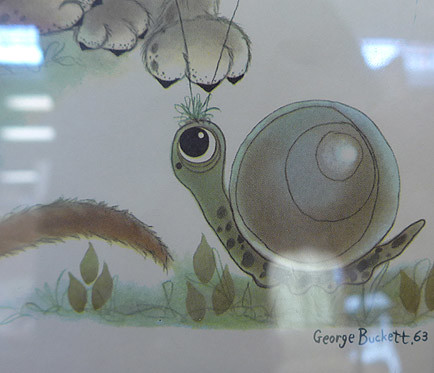 Next to New, near Burnet and North Loop, Austin