Your Monday one of those 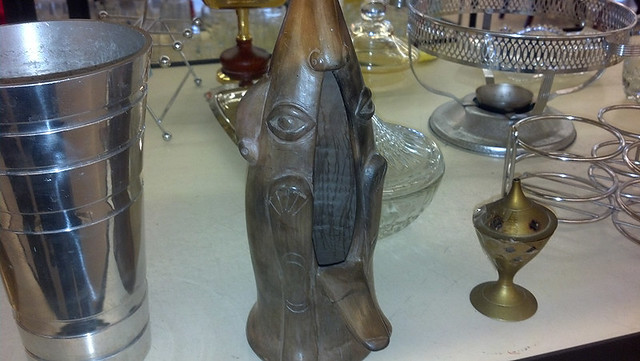 The jury is entirely out as to what is going on here. We have a mouth, we have flippers, we have a sort of duck-like bill, we have a nose positioned well over the oral cavity, which is I suppose sort of accurate, but it’s been “Mr. Potatohead”ed all kinds of ways.

The Master of the Rite at the temple of Tsathoggua, the sloth-frog god “mentioned in the Pnakotic Manuscripts and the Necronomicon” (according to Lovecraft), wears one of these. Probably on his head. Unless this is the special NC-17 ritual. In which case, still on his head, but no pants. 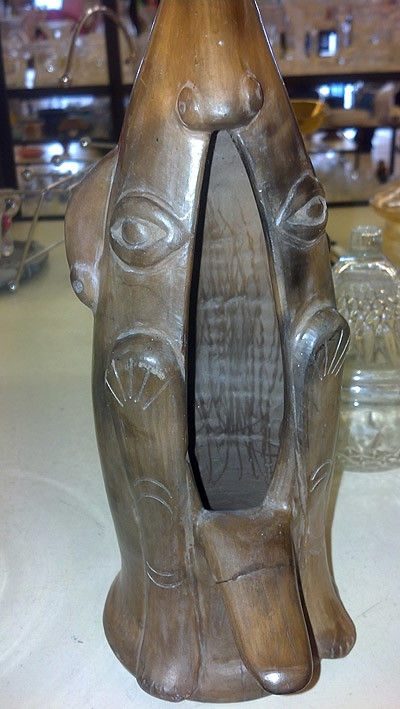 Its song is beautiful, and rolls across the countryside like a melody scored for conch, bagpipe, and tuba in E flat minor. Its barbaric “yawp” sounds over the roofs of the world. It would also like it if you fed it something, maybe like a cookie or a couple dove bars. That’d be nice of you. 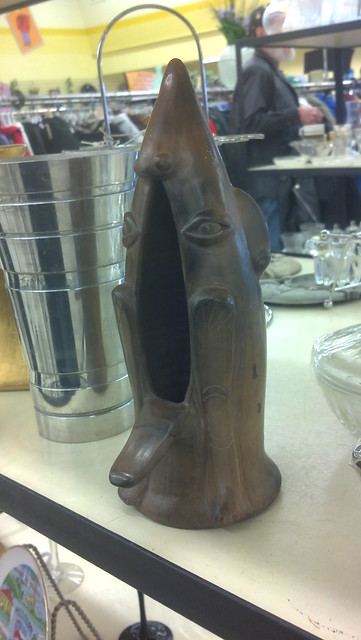 We bought this and put it on the bric-a-brac shelf. Three days later, none of the clown statues had their heads. So no change there then.