Dolphins. All crazy intelligent and playful. It’s time they were taken down a peg, and Goodwill is just the place to do it. Get your dolphin hate on with me.

This one, for instance, is basically already shark food. 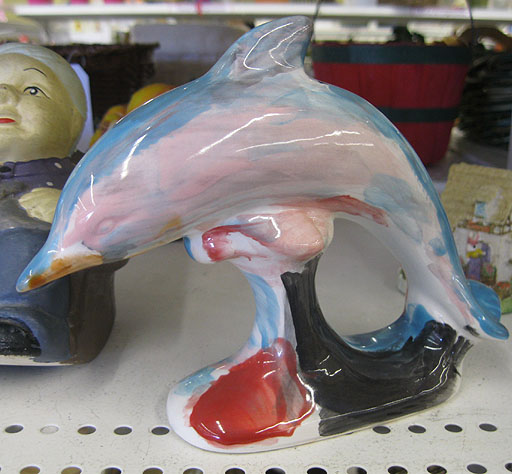 Poor critter made a really unfortunate landing on that stump or coral shard or whatever it was. Now it’s leaking red all over the place. It’s also leaking blue, but that’s dolphins for you, as I understand things. All filled with red and blue liquids. 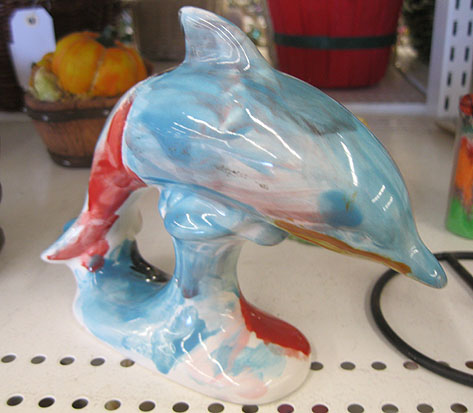 Also, manyÂ cave dolphins have no eyes, just rudimentary eyespots that discern the vaguest patterns of light and darkness. In this, they are very much like planaria or earth worms, except of course you can’t cut a dolphin in half and have it grow two new dolphins. 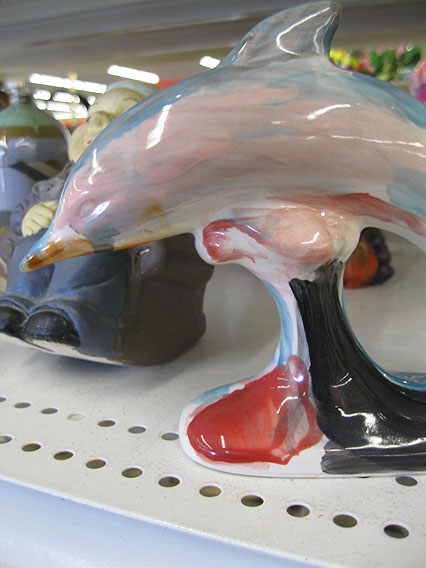 The last time one of these poor things washed up on the shore of Port Aransas, it sure was sad. The chemical discolorations really didn’t work well with the barbecue sauce we used. 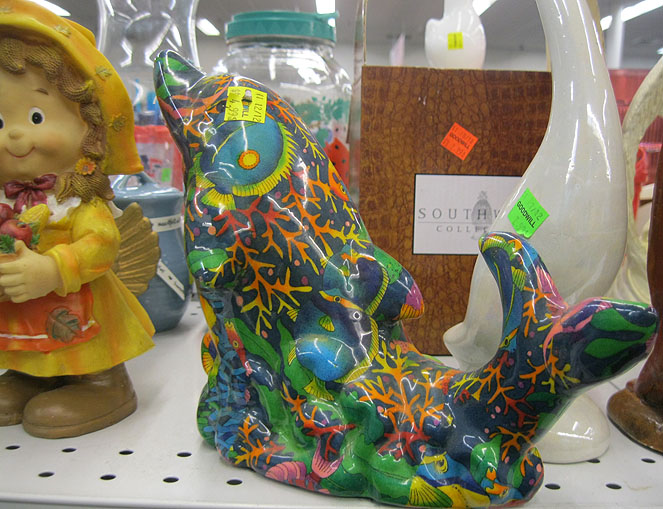 I don’t have a lot to say here. This is what a dolphin looks like after it spends too much time on Pinterest. They get all this craft on them, start getting covered with bits of fabric and decoupaged scrapbook paper, then they beach themselves and someone covers them with shellac. 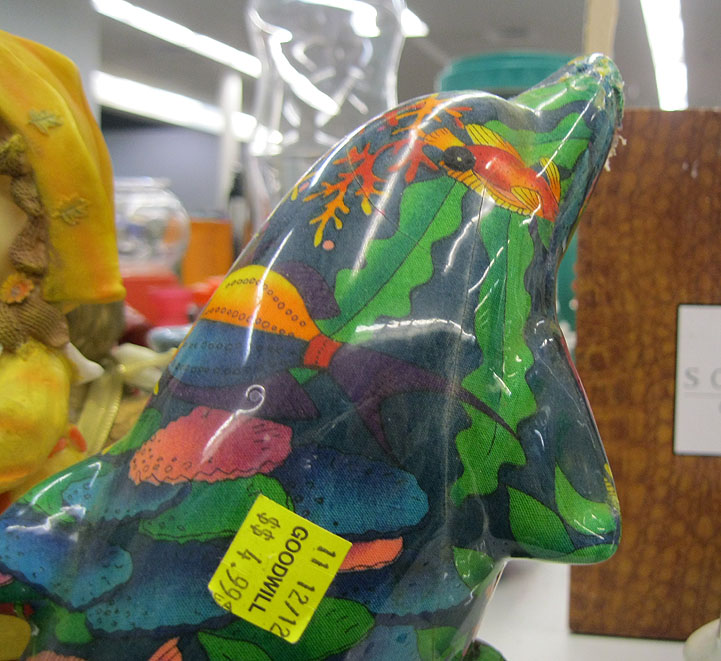 So noble. So discounted for quick sale.

Goodwill at Parmer near I35, Austin