Everybody got together to celebrate Rosemary’s Baby’s tenth birthday today. Highlights include the candles on the cake flaring up like unholy torches, and the immurement of the cat. The children’s entertainer hired for the eventÂ never returned, but we found him on Craig’s List so there wasn’t a paper trail. No harm, no foul. 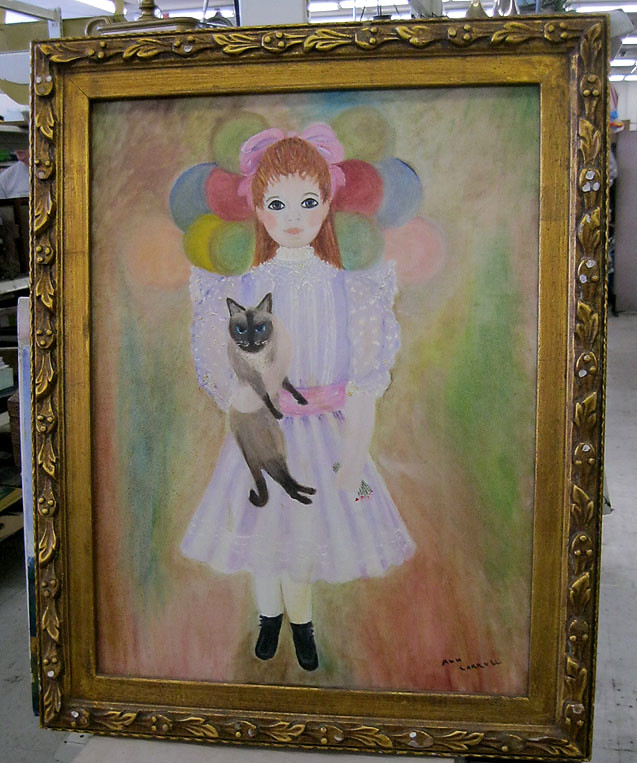 Okay, really the cat is much more evil than the little girl. The cluster of balloons adds an interesting sort of festival halo to her, a celestial aura in the form of helium in latex. That and the weird pastel void she floats in reminds me of one of those “rapture of Mary” illustrations where angels lift the Madonna into heaven, except she experienced her ascension in the middle of opening the presents (Gypped!) and was allowed to take her cat.

Mary, for the record, couldn’t take her cat, but Mary wasn’t bodily transposed into celestial being before the ice cream, so fair’s fair.