The 70s called. They said they could keep their dog. Frankly, it was scaring the big-eyed children, and had put the big-eyed cat off its Tender Vittles. 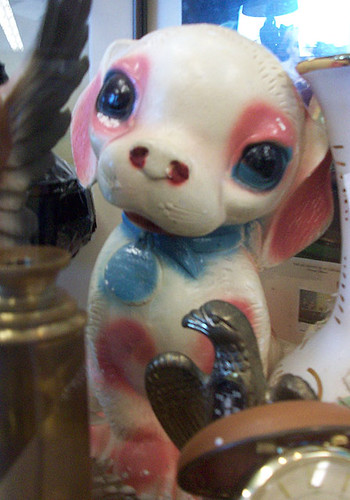 Dog, or fungus? I ask myself that every day, but as it turns out, no, they’re supposed to smell like that. I don’t know that they’re supposed to have huge pink circles around their eyes, though, that’s frightening. The last time I saw that specific color combination, I’d left some sour cream in the fridge since the presidential primaries. I didn’t get that seepy, drippy blue though. Green, yes, peach, no problem. Blue’s kind of hard. 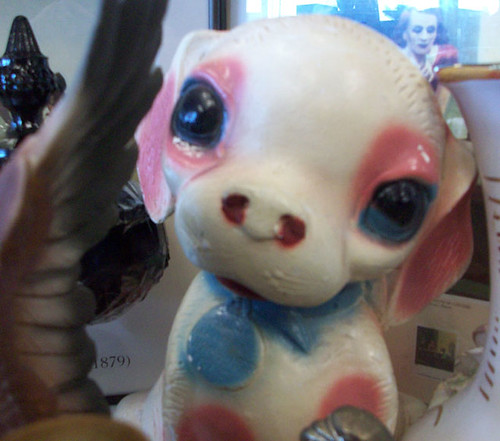 If you were anything like me, when mom said you couldn’t have a dog, you waited until Easter and built one yourself out of those horrible squishy candy-shell marshmallows. It was great until the sun hit it. And then…and then the ear started to drop, and partsÂ separatedÂ in long, lurid sticky strands.