I think I saw this in a movie. 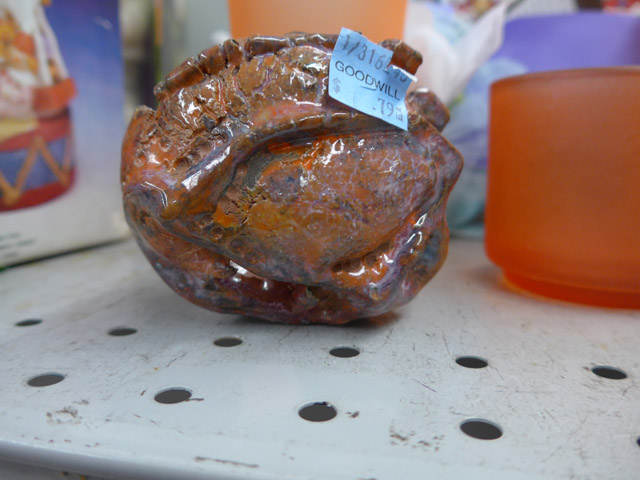 Only it was covered in fog and soaked in lighting effects, and astronauts took it into their ship, and then the next two acts were mostly regret and screaming. In that respect, like many relationships, though most of us have to get by with fewer astronauts. 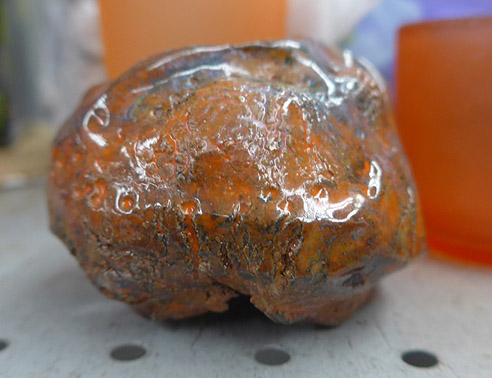 This may, at first, seem innocuous. In fact it is, it’s hard to sex up a lump of clay. But the artist packed a whole lot of “boom” into this lump. It only looks inanimate, it’s secretly the loudest thing in the thrift shop.

Next to that kid. The one in the toy section banging a truck against the wall. 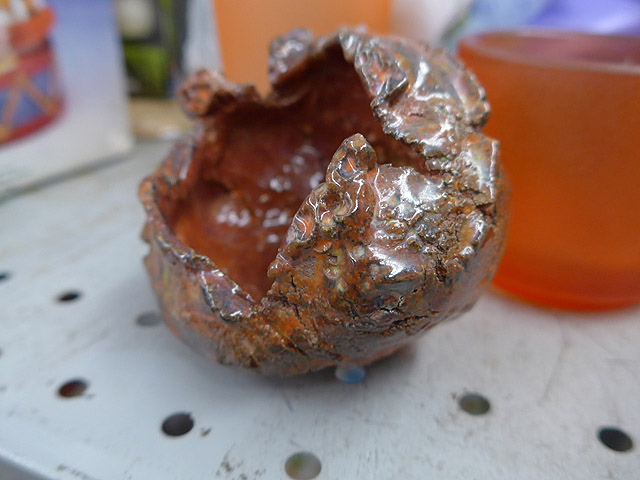 Concussive waves blasted across the shelves! Boom! Heads fell off of every ceramic figurine within three feet. Not really that impressive, they were all broken off in the Aisle 3 Tragedy of March 28. 2014, and just sort of balanced on their stumps, but it was visually neat, a miniature French revolution right across from the cookbooks. 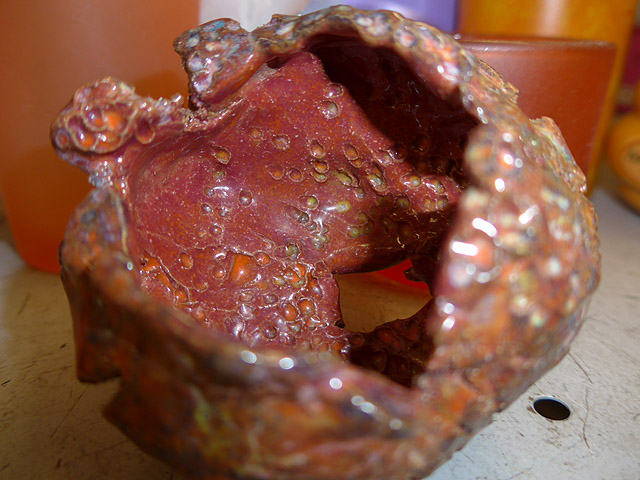 Erk. I think it’s got a skin condition.