Poor dragon. I bet it was quite a noise though, because, you know, fire breath. 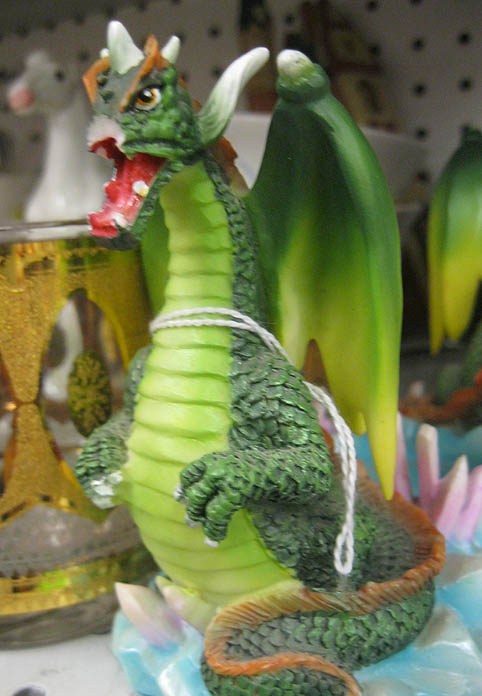 It would have gone, “Ah..AH..kerKABOOM,” and then he would have been totally like, “girl, did you see where the top part of my jaw went? I need it to chew.” And you’d be like, “Yeah, no, probably better this way. And he’d be all, “Aww…yeah, you’re right, I do kind of eat maidens. I should have taken my Allegra.” 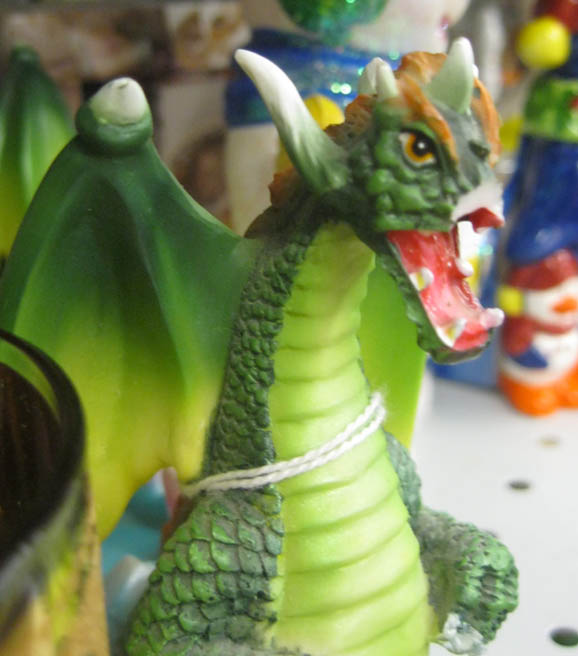 Dragons are about 80% less fearsome when they only have half a head. But when the head that’s left has the same hairstyle as Mr. Uttsman, my 7th Grade English teacher, who had the same weird kind of double-ridge with comb-over but didn’t have the horn, that just ruins the look entirely. You can roar and breath badly aimed fire and stomp on houses, but you’ll still have Middle School English Teacher Hair.