Or maybe beige? Possibly not a boy at all, but some sort of cauliflower? There’s no earthy way of knowing. 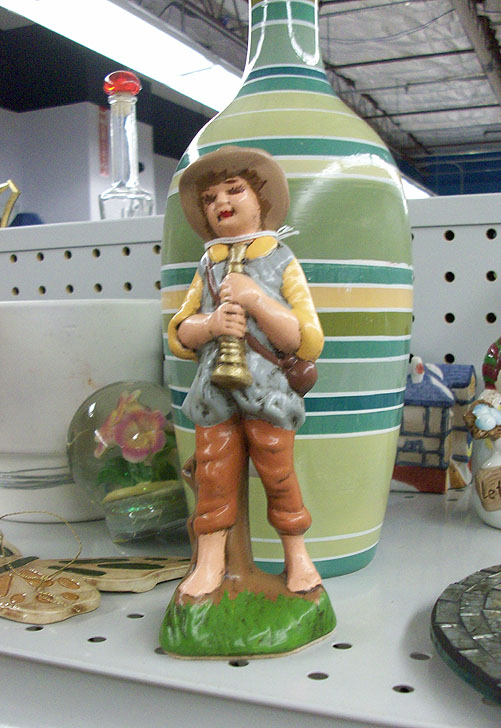 And I’m pretty sure that’s my grandma’s left candlestick he’s about to huff. I was wondering where that one had gotten to. Never would have thought that she’d gone and given it to the gypsy drag shepherds, that was low on our “most likely” list. 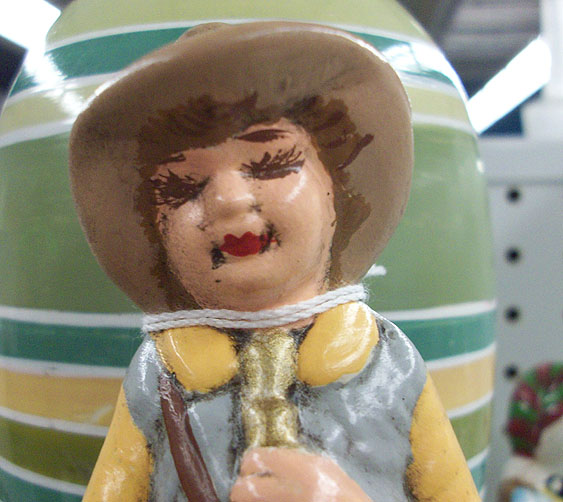 Little known fact: sheep can only see the color red, and traditionally sheeping-boys would anoint their lips with a combination of ochre and cochineal to give them a radiant crimson glow. Never mind the jokes at the tavern. Only the sheep truly understood.

The eyeliner–that was for the tavern, not the sheep. 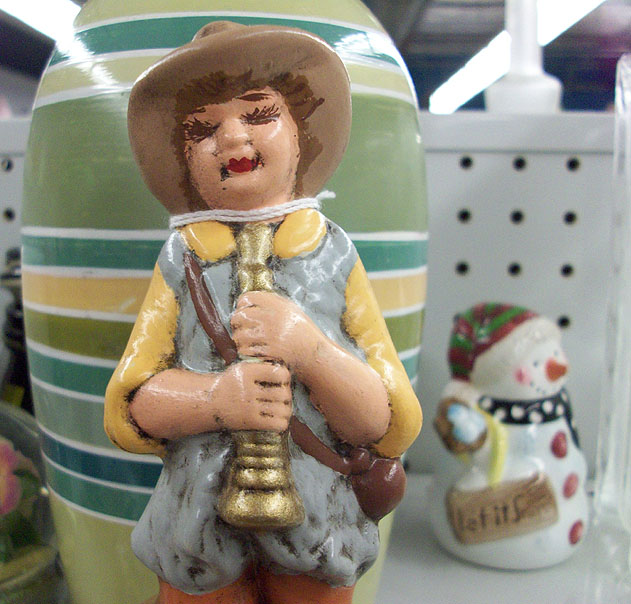 You know, this shot makes me reconsider the entire thing. It looked like a “come blow your horn” riff, but now I’m not seeing shepherd, I’m seeing fashion innovator. The brass necktie wasn’t invented until 1987, and the shock factor of a vest made out of actual elephant ears? Priceless. Or at least well worth the slap-on-the-wrist fine, what’s a mere 400,000 shillings Kenyan in exchange for being not just fabulous, but elephant fabulous? Totally worth it.