These horrid little lumps sprouted like night-blooming mushrooms at Savers, and I’m still waiting for my apology. They did put out a retraction, but that’s hardly the same thing. Two of these are obviously sick, like “get the chicken soup” sick. This implies there’s something wrong with the third, but…it may just be stupid. Certainly got stuck in a log somehow, which takes are certain level of mental fortitude usually found in woodear fungus. 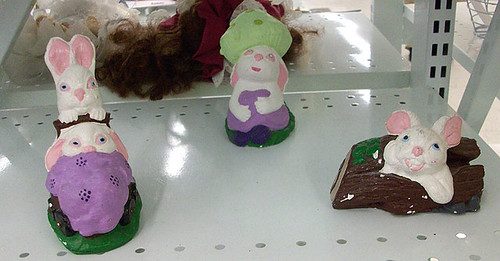 Are these standard pre-made plaster DIY sculptures, or something much more…artisanal? In that “hand-made, locally sourced lump of vaguely rabbit-clay” sense of the word. I’m having a hard time telling. Either way, it’s pretty bad. One really empathizes with the rabbit. In that one feels vaguely ill. 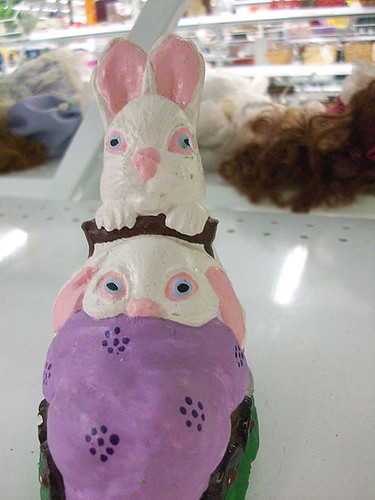 “Great blackberry gods, please take this offering, that the crops will be bounteous, the thorns few, the ravens attack us not, and that the children may feast!” 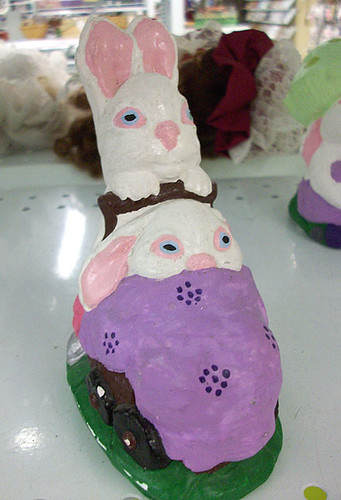 What has it got in its hatses? 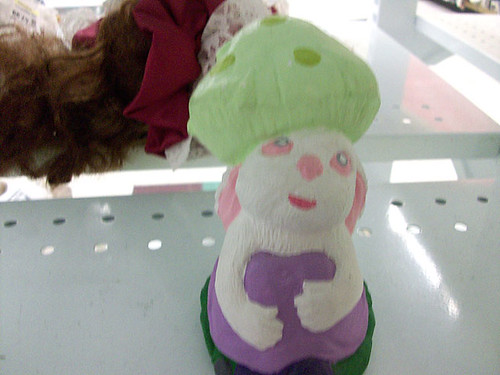 Its little ears are clearly out and hanging down in a braid-like sort of way. So either it actuallyÂ is a mushroom of some sort, or it’s smuggling something large. Maybe a cabbage?

….and then there’s this guy. 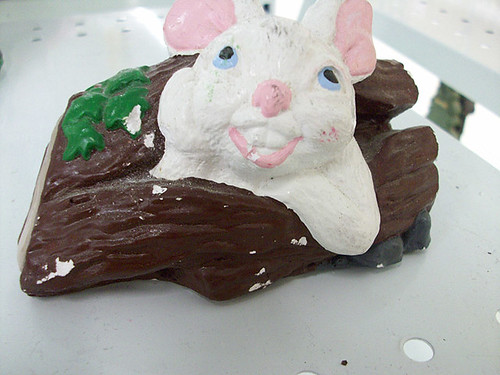 Somehow, he got wedged into a stump, but he’s not letting that get him down. In fact, he’s only slightly more aware of his surroundings than the stump. His eyes follow motion, and sometimes, he eats things. If they fit.