I think your rabbit’s leaking

Oh, paint-it-yourself rabbits. You neve lead me astray. This one’s particularly runny. There was an awful lot of “not really giving a damn” at work here. 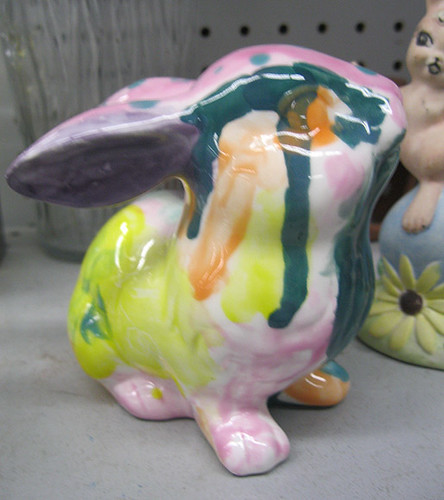 There’s a story from Japan about a brush, or an artist, or some such that made paintings so perfect that they’d come to life if the artist didn’t leave in some flaw. This is kind of the opposite approach. If there’s something that happened to look like a rabbit, it was probably an accident. The tablecloth was probably more rabbity. 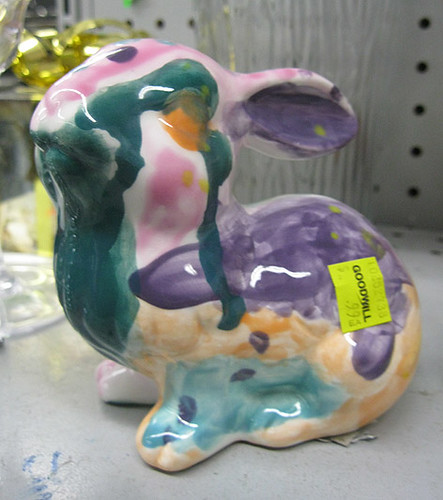 But you know who’s a bigger failure in the eyes of the great rabbit kings and queens that watch down from the stars upon their people, generations of noble lapines in silent support or judgement?

Tammy. Tammy really screwed it all up. 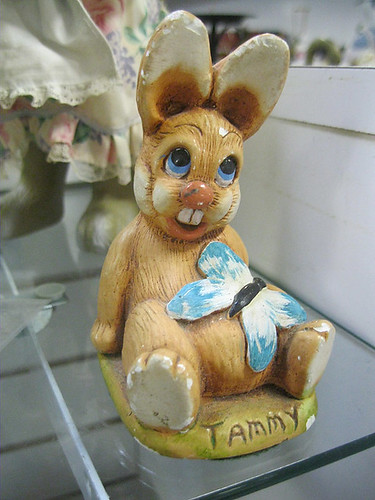 But she really likes her moth. 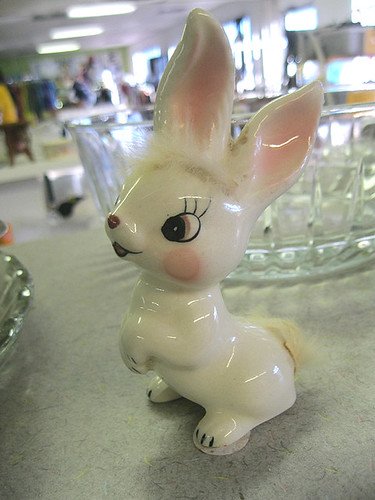 I don’t have a lot to say about this little guy or girl or…critter, except that every time you glue hair onto ceramics you get an effect that’s almost exactly like a Mexican Hairless. 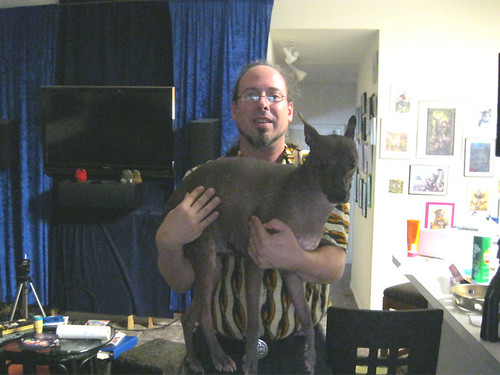 I think the resemblance is frankly uncanny. 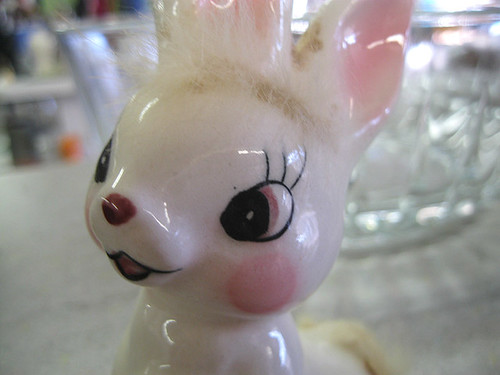 One more in case you haven’t had enough. Enjoy the rabbit. 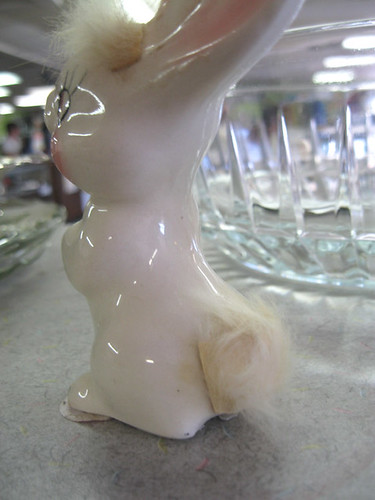