There are some things–chief among them clowns, but I would also include my 3rd grade teacher–that exist just to terrify children into a sense of vague catatonia, where playing, talking, really, any gerund, becomes a source of trama. Best not to do anything, just sit and rock back and forth and have fear.

Unpleasant meat horse: very much in this category. 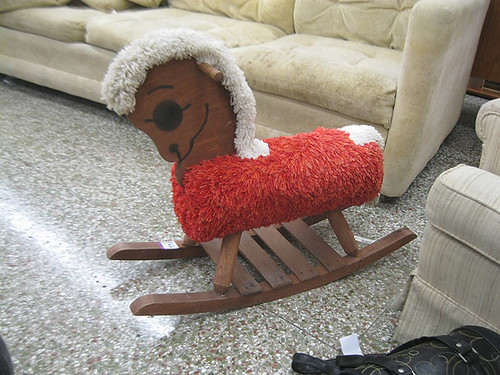 The “Kelpie” is a celtic fey beastie, a pretty horse that when you ride on its back, would plunge into a river and drown the rider. This: JUST LIKE THAT. But without the water. Note the skull-like head. Note the body, which is obviously a 40-pound chub of ground meat. Why would anybody climb on ground meat? Or trust that dead, dead face? I’m 100% sure that if any little kid tried to ride on this thing, it would, against all physical law, throw itself forward, the kid hitting the floor with a horrible splat. And then it would slowly rock its way out of the room, looking for new children, new victims. 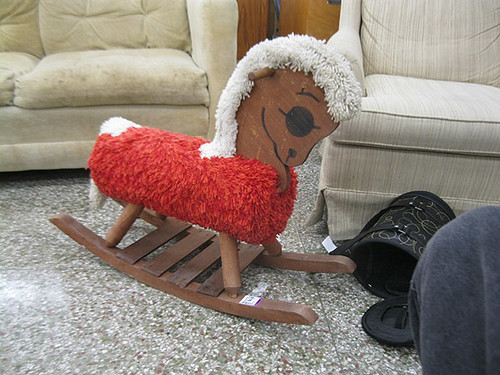 “Won’t you ride my meaty back? My eyes aren’t gaping empty sockets, they’re filled with love.”