Kill it! With fire! 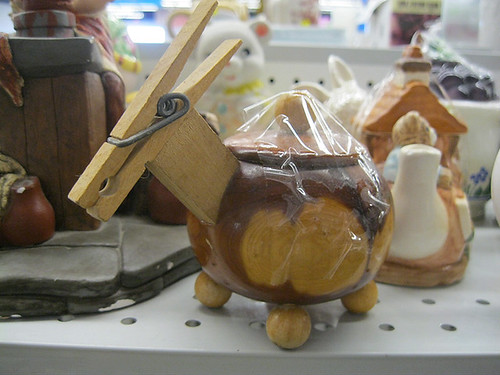 In a shelf full of odds and ends, this is the oddest. Possibly the endest, but I don’t think that takes an adjectival superlative form. I think it may be a jabberwock, but it looks more like some sort of hideous harvesting engine, a strange krampus automaton, that grabs struggling little life forms and throws them into its storage tank for later. Totally like that alien people-picker from halfway through War of the Worlds (the crap 2005 version). Only small. And wooden. And not attempting to shove a struggling Tom Cruise into a big wicker peoplebasket.

Also with a clothespin for a head, but I don’t know what a Martian clothespin looks like, so, maybe. 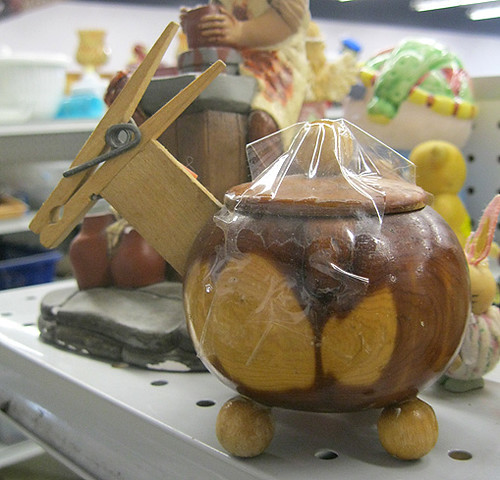 This little thing frightens me. I don’t know why. Yes, clothespins look like little heads, but can’t we just leave it there? Do we have to give them bodies, too? Back-alley crafters of America, do you KNOW how much this increases the threat level? I’m not sure I can shop in Goodwill anymore. I just don’t know.

Goodwill in Round Rock, Austin