I wish this was a mystery, it’s not. Somehow, if this was an alien artifact from Dimension 14, it would actually make a little more sense, But jarring color schemes, strange gesticulations, and an odd “I Dream of Jeannie” logo do not an alien culture make, unless 11-year-old girls are an alien culture.

Anyway, wave your hands vaguely in the air for the Cuticlematic 2000. I don’t know how she lost all her fingernails, but that must have really, really stung :( 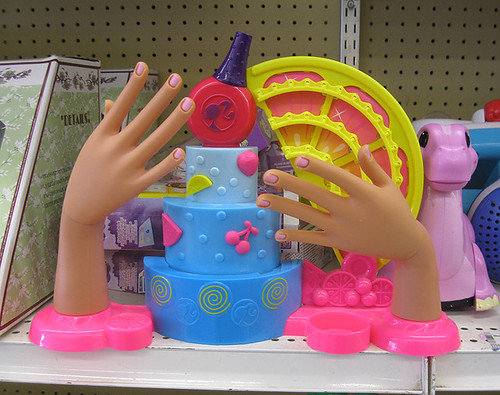 I’m just guessing that this particular playset is a LOT less fun without a bazillion blank nails to decorate, stick to things, lose under furniture, glue to the dog’s paws (supercute!), etc. Ethically, I wonder if it’s better to throw something like this away, or “donate” it to Goodwill? Who needs a nail painting playset with no nails and no paint?

Maybe Tim Burton could use as a prop, if he’s filming locally. “Edward Plastichands” or something.

“Your father…he made you real fingernails!” 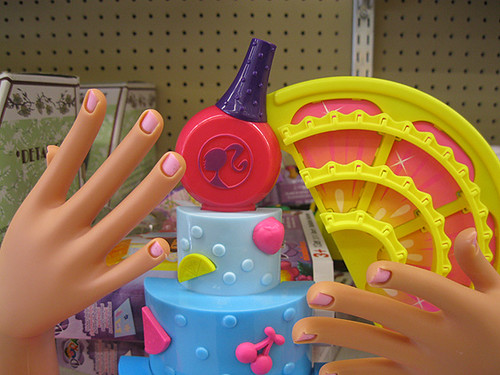 Of course the scene inÂ Plastichands where he paints all the nails in the suburb in amazing patterns and breaths new nail-based life into a weary subdivision is an iconic image from the early 90s. You can almost smell the acetone.