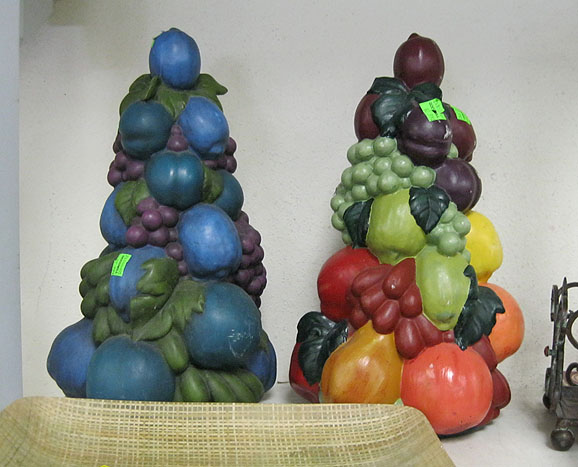 When the DIY plaster-bans came out with the “tower of fruit” centerpiece figure, the local goodwills got blasted by these oddly-painted pome-piles. 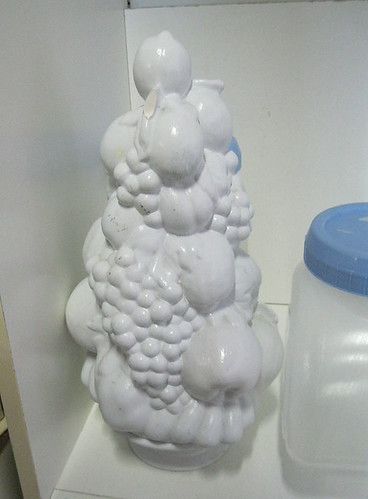 (This is a “for example” of what the original, ur-fruit, would look like. This isn’t exactly like what you’d see in Plaster & Paint, if you were easily amused and had a mind to go there. Because these have been painted, only they’ve been painted plaster-colored, which is either a waste of time and money, or extremely clever. Unsure of which.)

(Hmm…maybe I shouldn’t start mocking the easily amused, I’d have no audience at all without them.)

I thought, “Wouldn’t it be funny to have all the best of them all together in one technicolor produce post?”

As it turns out, I was wrong. But anyway, here they are. 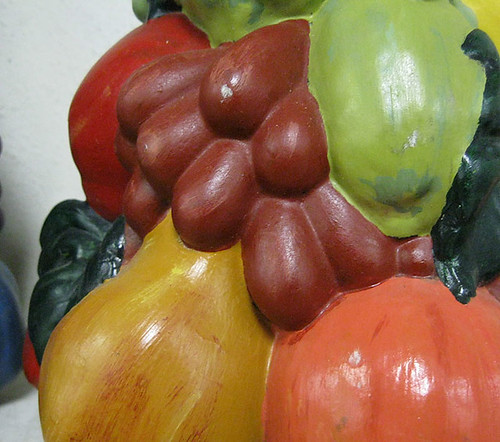 Except for the odd purple lemons, Sculpture #2 is pretty reasonable: green and red apples, dusty green grapes, and an orange orange. That is, except for the bloodfruit. I’d expect the bloodfruit in one of two places: in a druid’s orchard, where the bodies of those who transgressed against nature ultimately become one with nature, but don’t eat the grapes in the northeast corner, or in a particularly alarming colonoscopy.
Look, it’s leaking onto the orange. Ew.

Well, you can’t compare bloodfruits and smurflemons. I think there’s an idiom about that. 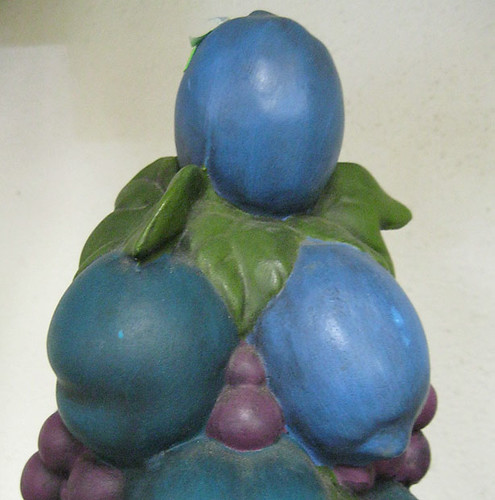 Kids! Think Pink Lemonade is passe? Try…this stuff! Guaranteed to turn your tongue cerulean and make the first poop of the day a magical experience!

Sadly, the river of painted fruit ran dry a few weeks later, never to flow again. I guess they replaced that figure with “Not Actually Care Bear #4.” More’s the pity.

Goodwill near Anderson Mill on 183; “blank” at Salvation Army next door.