Unsure of what the actual image here is. It seems vaguely heraldic. Like the Knight of New Wave is riding forth into battle, dressed in plate mail and leg warmers, three foot tall hair gleaming coldly in the dawn light. His family crest wasn’t old or respected, but it was a custom piece by Patrick Nagel and that had to count forÂ something on the field of battle. 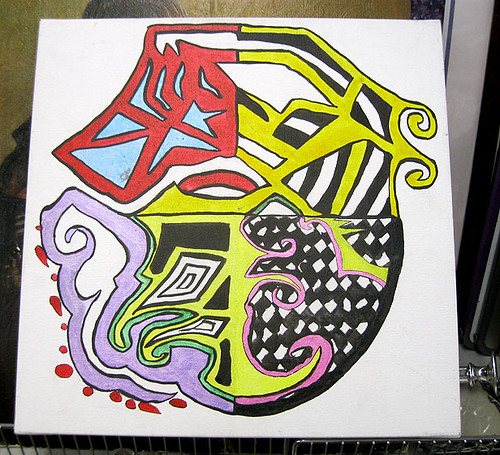 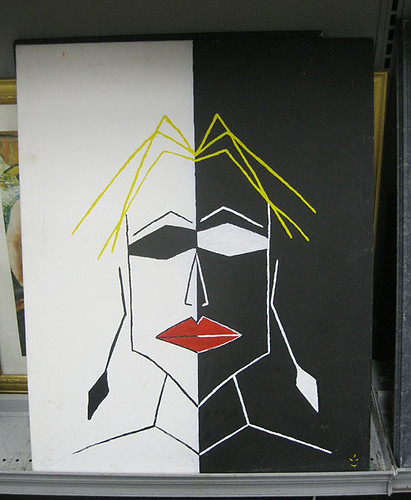 I’m pretty sure I’ve met people who were actually that angular, but I don’t recall them wearing plumb-bobs Â for earrings. That’s got to cause some long term lobe distortion. Very, very brief fad, I hope.