Okay, so she’s notÂ exactly a Christmas doll, but a little bit of red and green, she’s holding a baby, notÂ that much of a stretch. Anyway, I want her out of my photo queue, she’s really bothering me. 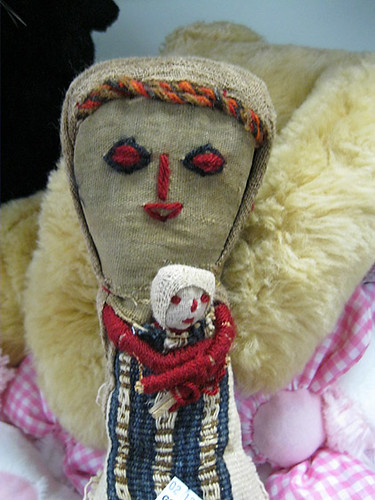 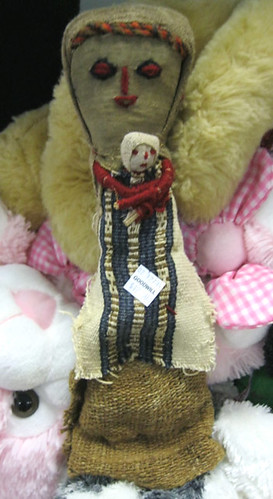 I understand that parents would make their children dolls like this as a form of punishment. Â “If you’re good, Santa won’t leave you anything this year. If you’re bad…do you want another doll?” 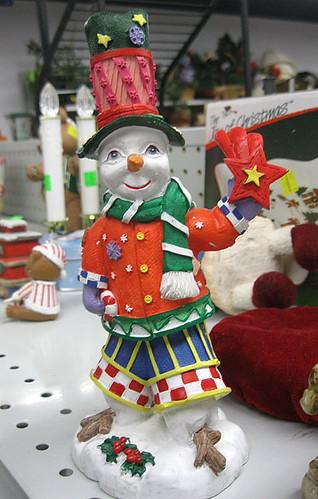 Or those pants, for that matter, but I won’t judge the fashion sense of a snowman. If my head was filled with ice and half a carrot, I’d probably mix stripes and checks, too. Â But IÂ will judge those feet. If I was imagining a horror movie snowman, lurching along and killing innocent ski lodge tourists or maybe a young couple whose car broke down in Montana, he would have those feet. 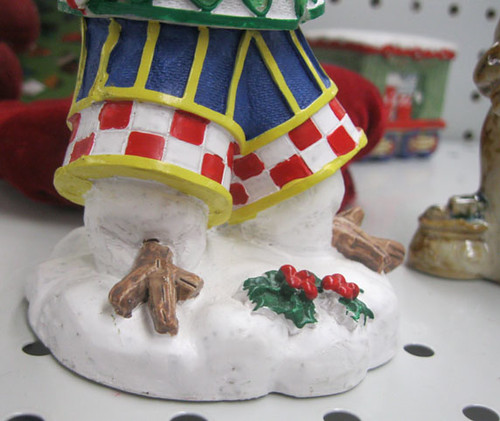 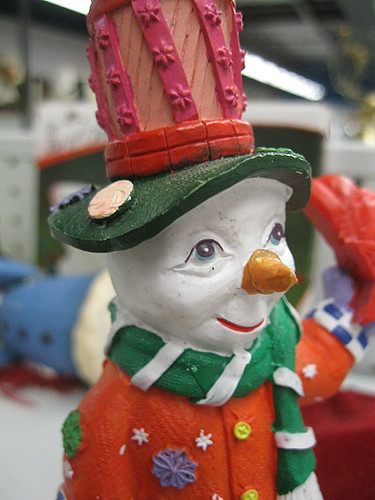