…well, maybe it’s a deer. It’s got a red nose. It may be a bear. Or a deerbear. Maybe beardeer. Whatever it is, it probably shouldn’t have eaten all those holly berries, because something’s definitely wrong in Denmark. 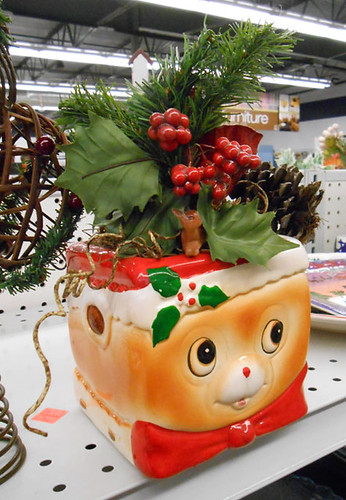 It may be happy, but it probably hasn’t realized it’s got a lush and verdant yuletide habitat growing out of its cranium. And it’s true. Statistically, most people with holly sprouting from their skull don’t realize it. After some point it got all fractal and started sprouting smaller deer.

If you look really closely on the top of the tiny deer’s head…no, don’t. Down that road lies madness. 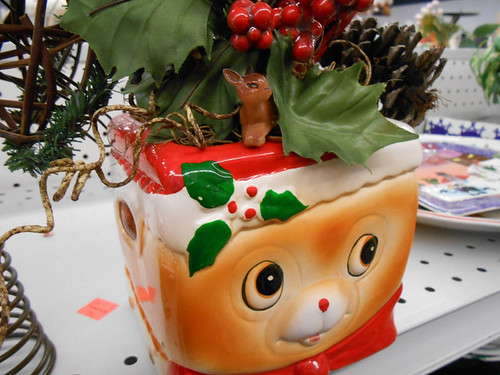 From the ornate to the severely plain. Sad dear is sad because of stick antlers. 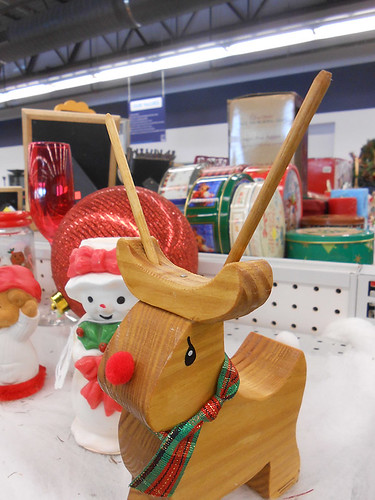 It’s true. He has a bad case of Hors d’oeuvre pick head. It happens to some of the tinier reindeer. The best thing to do is just slide an olive over each horn and call it garnish. 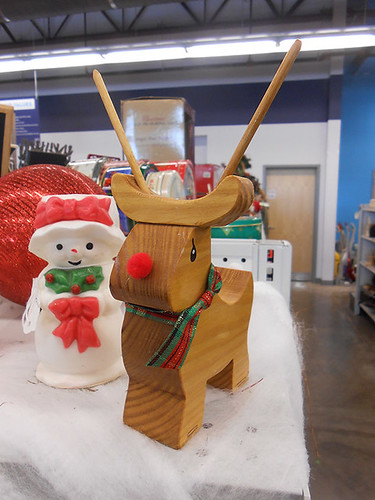 Now, no discussion of reindeer would be complete without spending a few moments talking about CHRIS KRINGLE, REINDEER SKINNER. 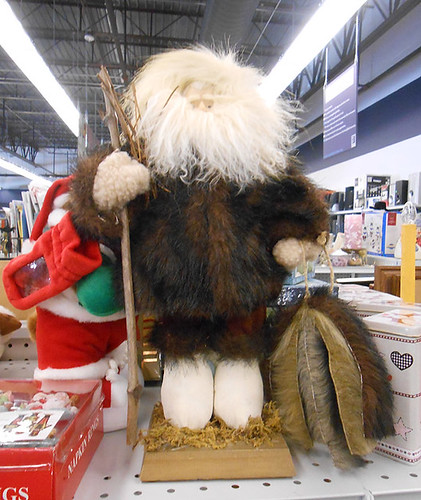 Because sometimes you gotta thin out the herd. The same applies to elves, of course, but nobody skins them, because you don’t get any money for Elf hide and the Tolkien estate gets all uppity about it anyway.

I’m sorry about the focus on this image. 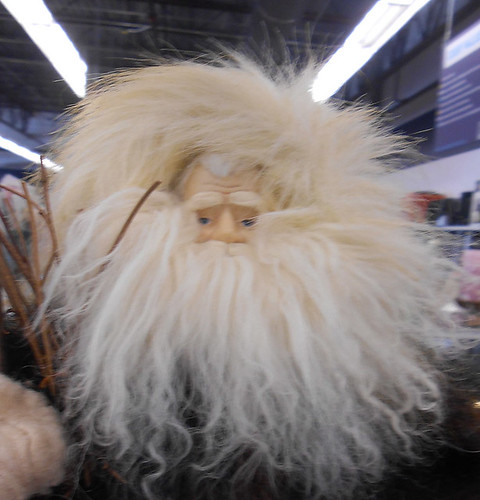 I tried, I really did, like four times, but the rangefinder just gave up. It said “I think this is a cloud,” and moved on. Â This is what Santa looks like a few weeks after Christmas…he goes kind of feral, just ripsnorts through the tundra forest, surfaces occasionally with a truffle or a stack of hides. 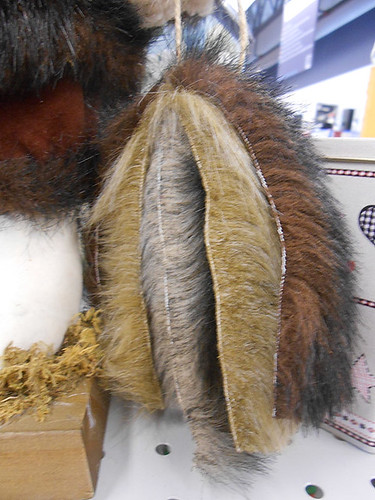 …Guess what everybody’s getting for Christmas next year? Here’s a clue: It’sÂ partially cured!

One Response to “Reindeer Games”