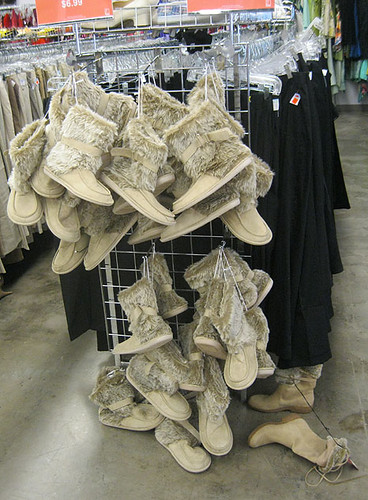 Anyway, these really look like they were made for ewoks. Or possibly madeÂ of ewoks. If so, you think they’d be, like, more than $4 a pair or something, transportation on ewok-skin boots would be pricy.

In my imagination, one person bought all of them, so that s/he would be able to wear these bootsÂ forever, just trade them out when a pair wore out. It would be his or her “thing.” People would say “Hey, Pat, you going to ever stop wearing those boots?” “Nope.” And then lovingly run a hand over them, twirling a tassle around a forefinger. “Ewok is so soft. So very soft.”

Leave a Reply to Rita