Wow, almost three days of spotty or no blog access! On the one hand, I don’t pay much–well, anything–for my web hosting. On the other hand, one totally gets what one pays for.

Much like the majestic sphinx, this poor fellow’s nose was removed by a French cannonball. That’s where the resemblance ends, because noseless or not the sphinx conveys majesty, patience, eternal calm.

This fellow portrays six latte’s and a box of Penguin Mints two days before finals. 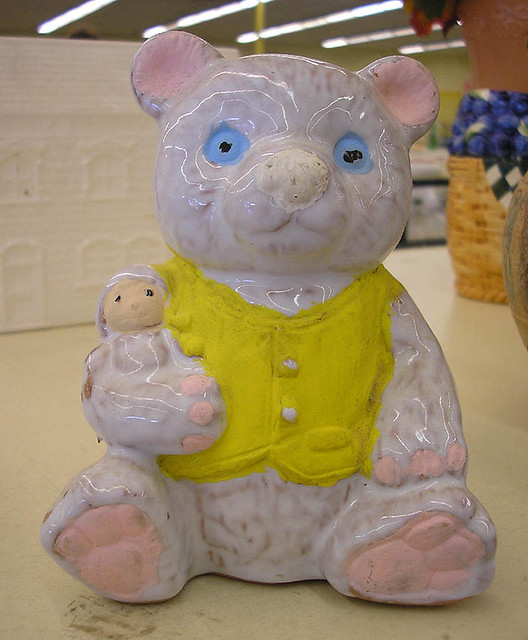 You can almost see him twitching. The only thing about this picture that’s calm and serene is the baby, a kind of quiet “…meh.” 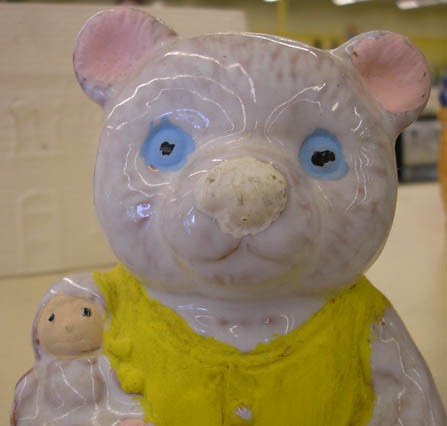 He was a lot calmer after his visit to the Betty Ford Clinic for Wayward Bears. Though the meth withdrawal was terrible. Sweats, convulsions. Honey binges.

Panther of shadowy, unrelenting darkness vs. cougar with blazing pits of fire for eyes: Which one is actually Satan? 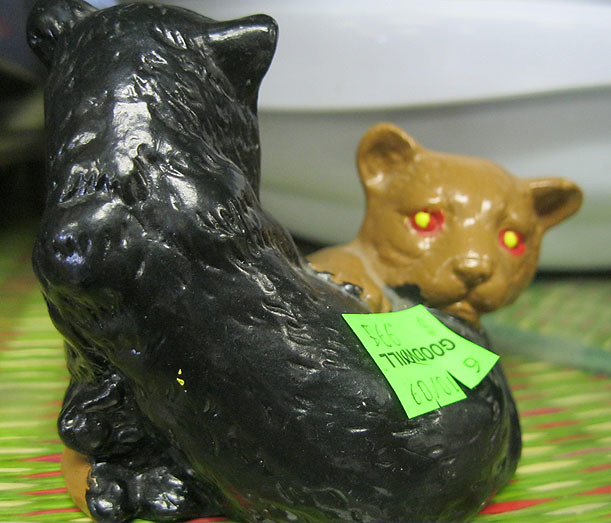 Sometimes they let middle schoolers into the “DIY Ceramics” stores. And then terrible things happen, mockeries of nature and art. I don’t think that’s the case here, I think someone either genuinely thought pumas had flaming red and yellow eyes like their brains were very small bonfires and smoke poured from their nostrils, or just ran out of brown and said, “to hell with it.” I’m glad they didn’t give the artist any magenta. 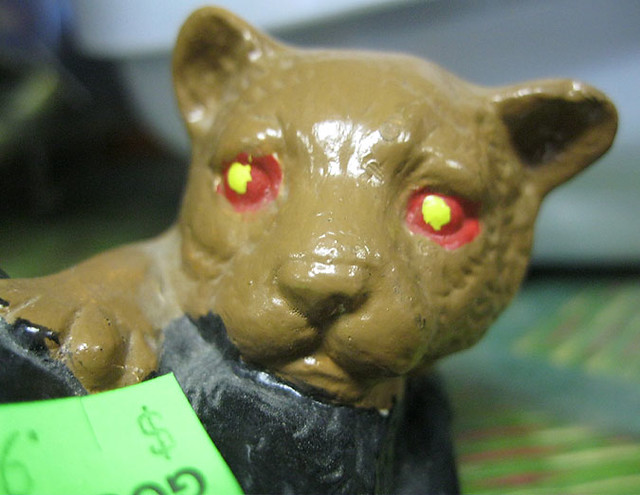 “I can kill my prey with eye-lasers!”

It takes a very special dog to lookÂ more brainless than a chocolate Labrador. And yet, we have achieved perfect acerebrality. God, you can see the back of its skull. Somebody, hold me. 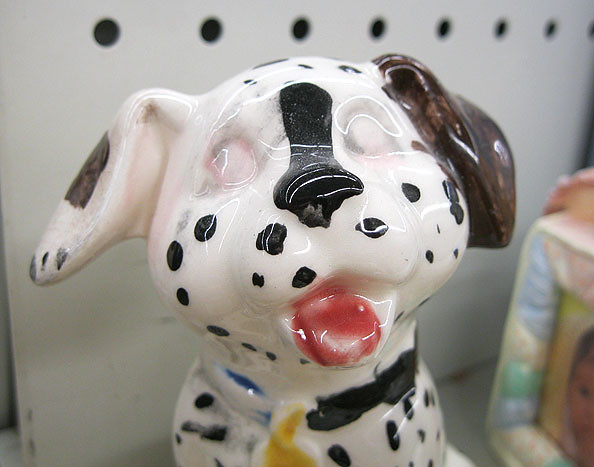 I don’t understand why someone who was so obsessive-compulsive as to precisely place EVERY SPOT no more than .2 and no less than .5 from its neighbor just couldn’t be bothered to give the poor thing eyes. Maybe it’s like one of those Japanese legends where you put the final detail into the picture, the sculpture, the…whatever….and it comes to life.

And staggers into a wall, beating its head against it until blissful oblivion slips over it like a blanket. 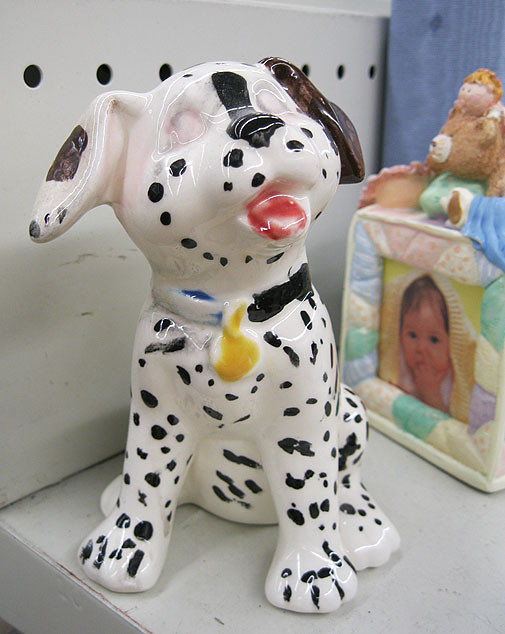 It’s been a frustrating couple of days, I really shouldn’t be taking it out on ceramic dogs like this…

One Response to “Eyes, horrible eyes”