Do those legs go…never mind.

I have no idea what this originally was. A big happy face? A baby duck? A symbol of industry? A small and humorous caricature of Brigham Young who carried with him a beehive as a symbol of the industry, community and selflessness of the Mormon Faith? The sun? A perfectly accurate image of God himself that had to be destroyed after three shoppers went blind and one person’s face melted because they gazed too long (and were a nazi?) 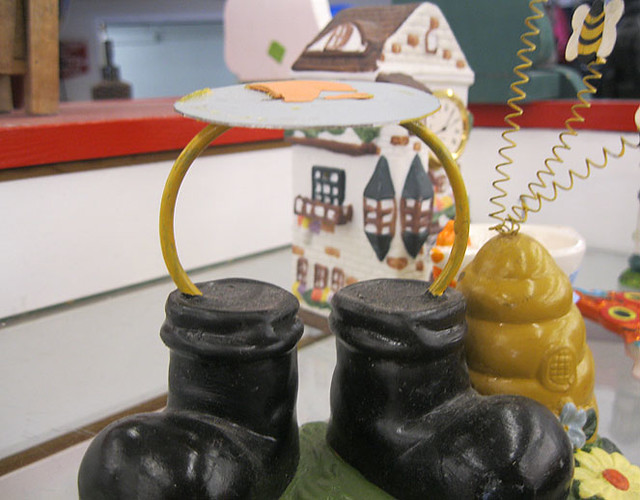 My bet’s on the happy face, because if it was the unutterable face of God this would have been in the auction cabinet. 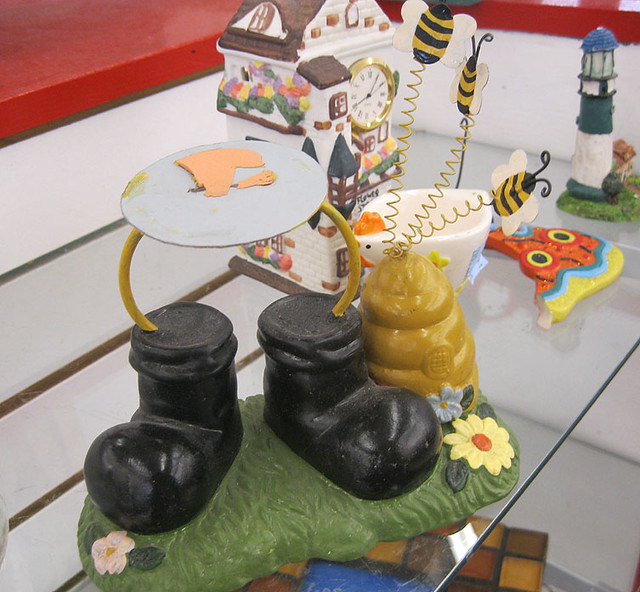 The entire image is so damned chirpy that it really had to be smashed to the floor by an errant six-year-old. Otherwise, it would have been too good–too perfect–to be in a thrift shop. Such happiness as this, we discount shoppers, we rag-pickers and fripperers, simply do not deserve. Instead of a visage of peace and joy, we get black boots, terrified bees, and something that is still $5 too expensive.