It’s got a pretty mouth/to swallow you whole

Thank you, JoCo, for the title…

I will assume that there’s a market for photographs of oldish dolls. Wherever it is, I don’t shop there. Except obviously I DO shop there, but I don’t enjoy it. Because even on a good day, loving close-up photographs of dolls are a little unsettling, and the older ones…they’re kind of grim reminders of children who are probably either dead, or your grandmother, by now. Sort of like a memento mori or a death mask that opens its eyes and pees when you give it a bottle. 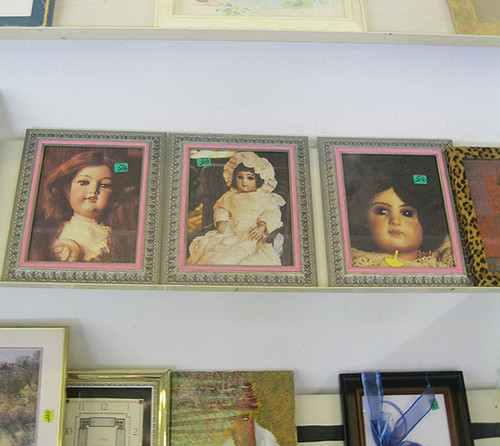 Naturally, someone donating a collection of creepy doll photos was a reason to run home and get the camera. These are not your mother’s dolls.

Well, maybe they are. But she probably wasn’t very happy about it. 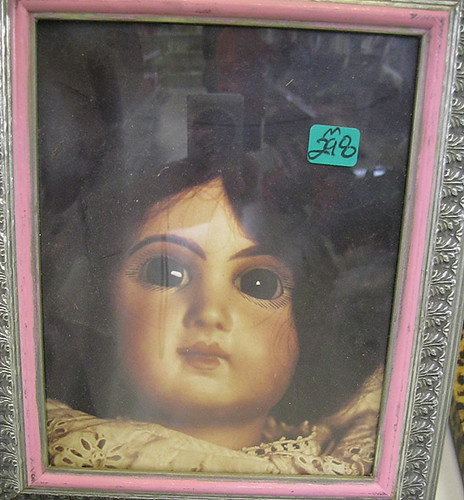 Something about this image is so up close, so personal, so…intimate, it borders on the statutory. I don’t know if I should be playing some sweet little lullaby from a Disney movie or some Barry White. 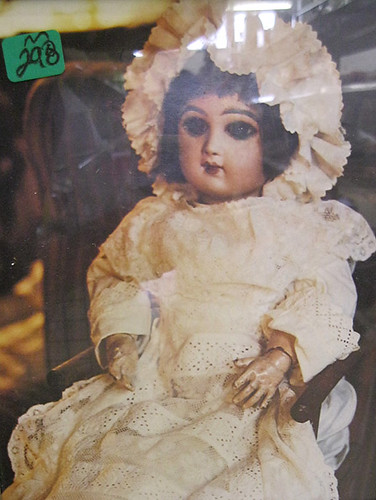 Whew. We’re back in my comfort zone for “minimum physical distance.”

Is that the same doll? I can’t tell. The clothing isn’t giving me much to go on. From what I understand, in the early years of the 1900s children up until the age of 5 children were dressed in a multifunctional christening/”baby’s first funeral” gown, which saved time. In fact, they wore the same garment–well, they got new ones, when they outgrew the old one, we areÂ civilizedÂ  here–until they were old enough to fend for themselves in the public court of child labor. So, age 5.

Dolls continued to wear these versatile clothes until at least the 50’s just to remind children they were, basically, somewhatÂ interchangeableÂ and fundamentally disposable. 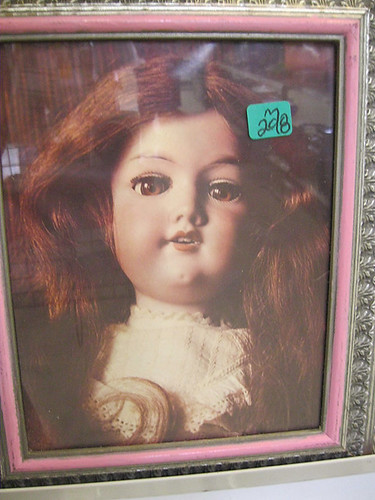 Somewhere, there’s an elderly couple that has these pictures up on their family photo wall. They really wanted grandkids, but it’s either these, or pictures of aÂ lhasa apso with a pink bow in its hair. So they went with the doll.

Texas Thrift near 51st and I35, Austin