Cram that full of Easter and sell it.

Basically just pile on the Easter until visibility is totally destroyed, and call it “crafts.” Lots of sins are committed in the name of crafts. This is not a great atrocity against tulle, but it has a certain mysterious allure to it. Dare you pull aside the veil of flowers and see what Easter horrors lurk behind? 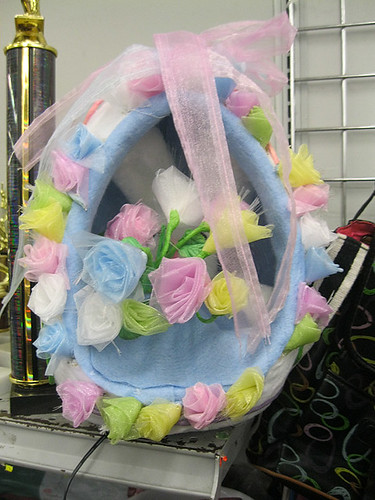 I wonder…is it even possible to fit another rose on there? There’s probably some legal limit, some critical mass after which the project collapses in on itself in a puff of satin, from which nothing but “peeps” can escape (because nothing, not even a collapsar, will eat a peep…)

For the record, when you shove aside like five pounds of flowers, chintz, and fiber optics, this is the payout. Honestly, I felt a little cheated. Unless I wanted to reenact the horse-head scene from “Godfather” with a bunny. 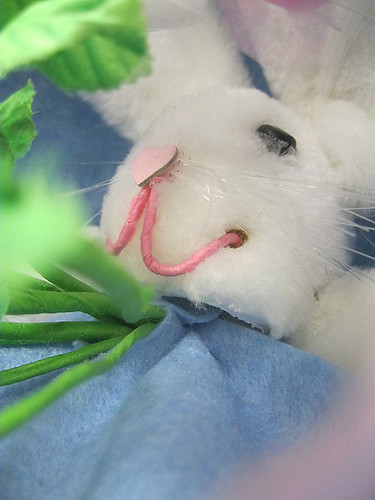 Have you ever noticed how some people start to look like their pets after a while? Even when their pets are, like, ovals? 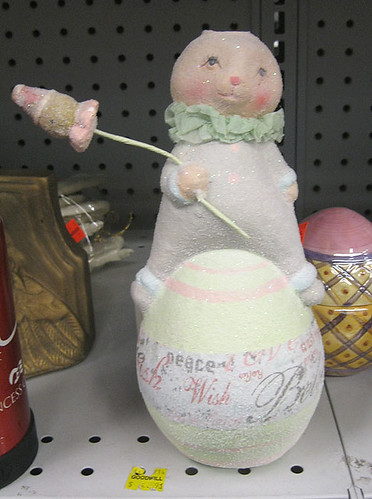 Eventually, all matter becomes vaguely oval. The descent into a basic vaguely spherical oblong cannot be avoided. At least that’s what I tell myself when the “Middle Age” truck drives through the neighborhood playing its merry tune. 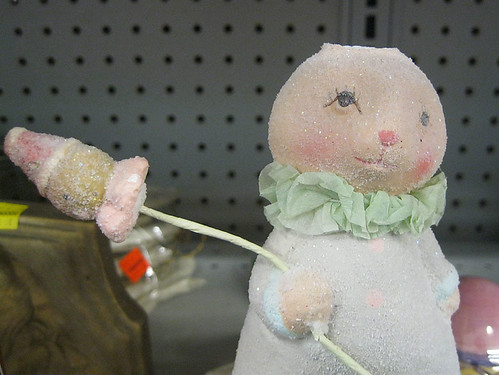 Fight it, bunny! Fight the curse of the spheres! 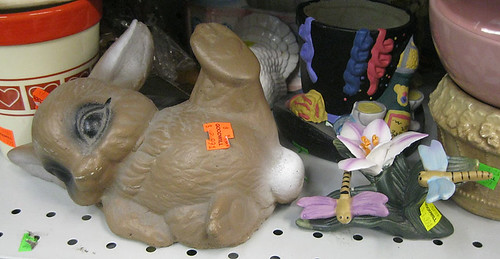 I have nothing to say about this picture. Except that bunnies fart flowers and dragonflies.