If Eyebrows could Kill

I always cry at weddings.

Also, when I cry at weddings, I wear tons of black mascara, and it runs down my face in thick, inky trails. If I’m lucky, I brought a huge pile of cotton balls and can get rid of some of the runoff, otherwise it builds up in pools and really messes up the bride and groom’s first dance, it’s all very Star Trek “Skin of Evil“-y. Except for the part where the horrible tarry pool of the stuff eats Riker. That…that part didn’t happen. 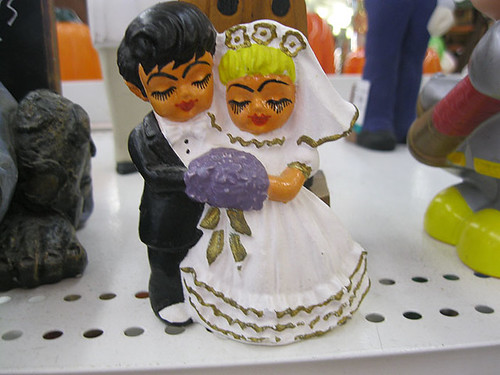 Traditionally, after the happy couple were married, the bride would run out after the ceremony, stand on the stairs of the church, and throw a five-pound brain over her shoulder to her unmarried friends. The person that caught it would be disgusted.

Incidentally the last time I went to a wedding where the bride and groom wore the same lipstick it was a wacky drag queen thing, but the bride actually was a dead ringer for this girl. It could easily be their cake topper. 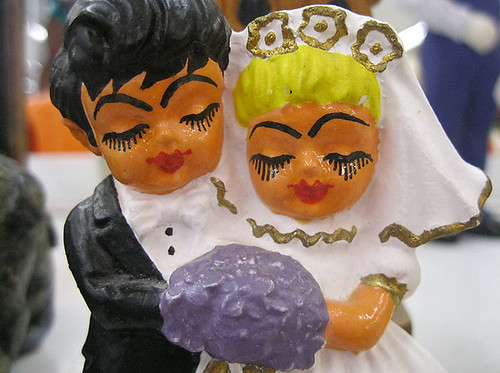 “Oh, look, sweetie, it has your eyeliner.”
Savers on South Lamar, Austin

One Response to “If Eyebrows could Kill”