I don’t know what you heard, but the most dangerous game is actually sea unicorns. Firstly, they can only be caught by scuba-diving virgins, which is a bit of a subset of a subset. And when you get right up to them, you really realize that a mask won’t do a lot of good against angry unicorn.

Of course, this assumes you didn’t buy the discounted mask in the 25% bin, even if it fit better. That would be Mistake #2. #1 would be the tiny little cage. 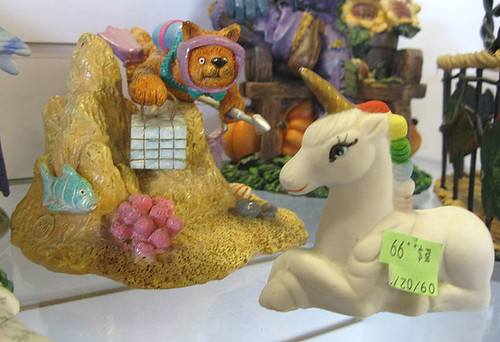 Yeah, we’re going to need a bigger lobster trap for this one. 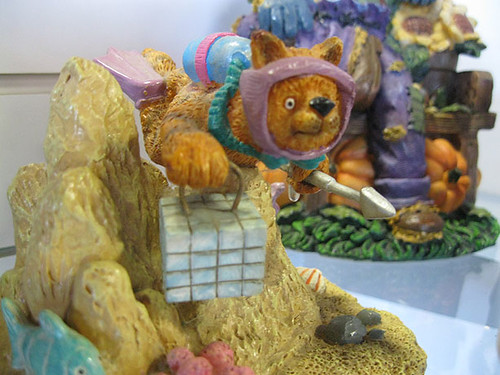 You know, while I LIKE the idea of chasing deep-sea unicorns, I do feel sorry for the cat (?) Ultimately, his fate is–I’m totally guessing here–to be put into the bottom of an aquarium, look at the fish he’ll never be able to catch, and ultimately, turn green. If he’s lucky, someone will hook a bubbler up to him, and then he’ll have some sort of weird chronic gas condition.

On the whole, it sounds like a better deal to hunt sea-unicorns. 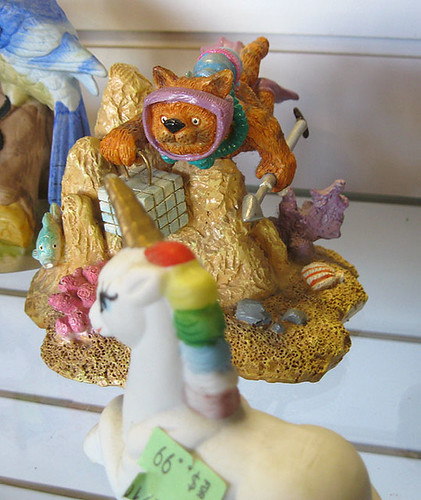