Every hour is Jesus hour

Take, drink. This is my V-8, which I have bought and decanted for you. Mix it with Smirnov Vodka in remembrance of me.

It’s happy hour, Friday, and the savior said he was buying the drinks. He didn’t mention ANYTHING about his blood. And, for the record, JC is a mean drunk. After two or three shots, his halo starts zapping everybody with tiny little cold rays, AND he flirts with the waitress, and you’re like, “Oh, no, He didn’t.” 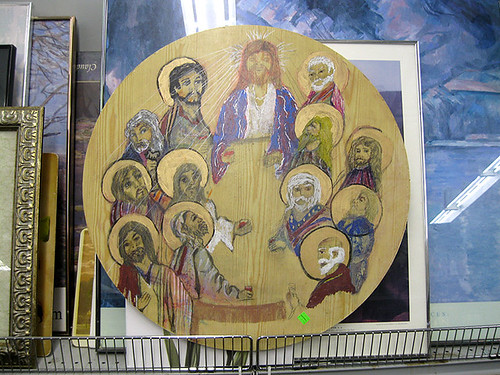 The son of God… 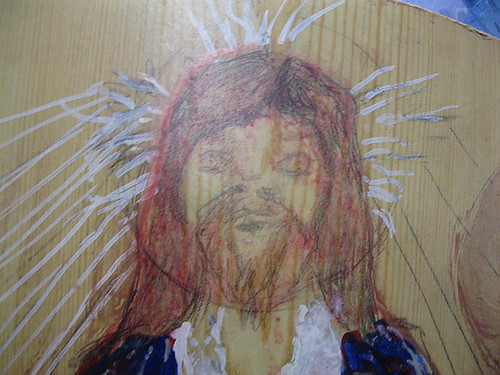 True story: Jesuses actually ran in vast herds across theÂ SinaiÂ peninsula,Â Â until they were nearly exterminated for their soft, soft pelts. That scene at the end of Jesus IV: A New Hope, where the soldiers were throwing dice for Jesus’s coat? Yeah, don’t think too hard about that. 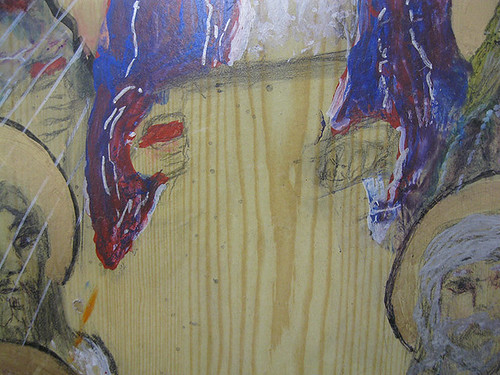 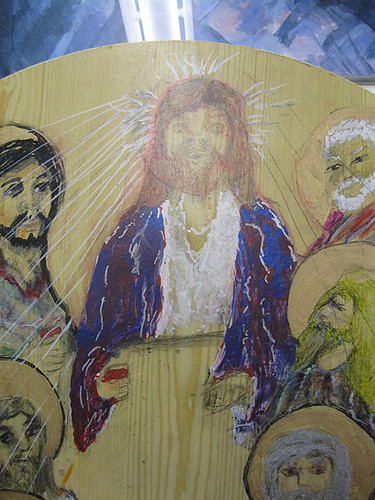 “When we are reunited in Heaven, you shall sit at my right hand!”

“If it’s all the same, master, could I sit at your left hand? The silver rays really sting. Verily, they are like a plague of tiny angry wasps, and I am afraid.”

“…THOMAS shall sit on my left side, then.” 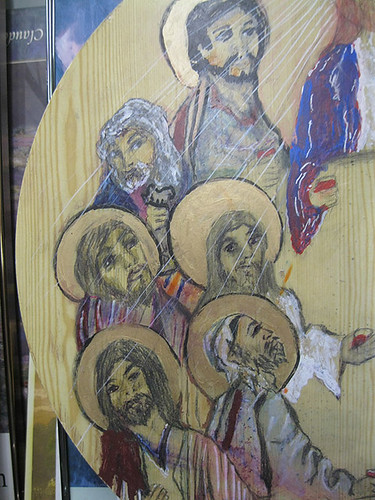 Is that Judas? He’s…he’s kind of cute! It’s obvious there’s some kind of weird masochistic game at the table–see who has to look away from the halo-rays. The winner gets to sit at his left side. Loser picks up the tab on the bread and wine, and The Other James can really put away the unleavened, I’m just saying. 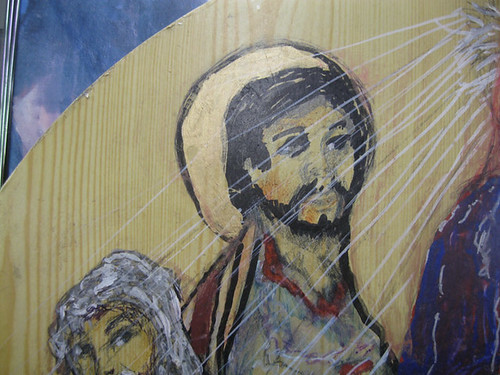 I’ve so got this…Judas’s already lost, and he’s, like, frikkin AWESOME at “don’t blink at the Savior…but how long is Jesus going to do this? He’s only had two martinis tonight, he can’t keep it up forever… 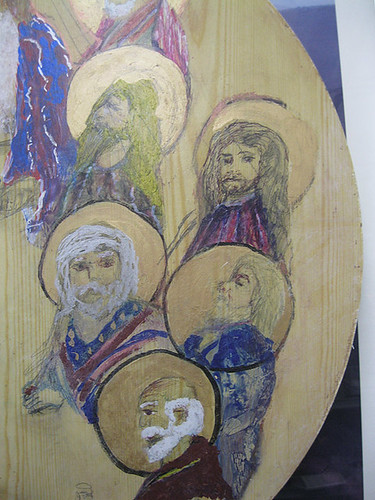 Why don’t *I* get any holy light? How come Peter gets all the holy light? I’m, like, TWICE as devout as Peter.Â

The non-holy-light side of the table looks distinctly bored. It’s like Jesus is the most awesome disco ball in Israel, and they were a day late for 70’s Night. This is what happens when you don’t light your lamps and sleep through 70’s night, people.

2 Responses to “Every hour is Jesus hour”