Having our own little 80s

I’ve always been afraid of this. Terrified of that moment when I wake up, get out of bed, look in the mirror, and realize I have a bad case of 80’s head. 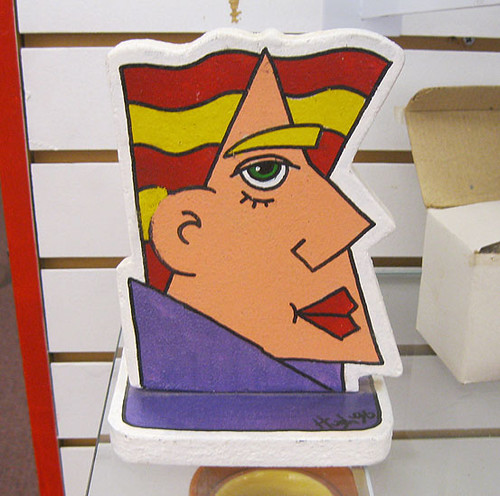 I understand it’s a recessive trait passed on by the mother’s side of the family…thanks, Mom. In the worst cases, the victim is abstracted to such an extreme that they’re left with only one eye and the most minimal of facial features. After that, it’s only a matter of time before they become a corporate logo. It’s what happened to the poor “PBS logo” guy :(

As for the next artist, I just want to say…come on. You’re only working with four planes of color and one piece of complex shading. Surely you can wrap this up before winter break, right? Â It’s those curves. Some people, when faced with a curve, marshal up their resources and theyÂ gradiant that fucker. Other people throw in the towel. And for those quitters, this crescent wrench is for all of you. 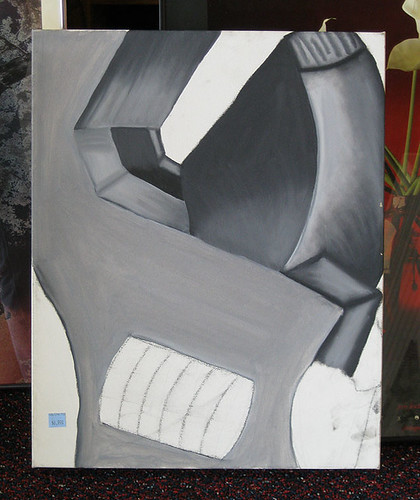 Remember: If you magnify something enough, it magically becomes art. And if you don’t finish, isn’t the important thing that you tried? Minimal effort art, thy name is 4th period.

80’s Head from the Salvation Army on 183 and Peyton Gin, Austin; wrench-as-art from Sally on 1325 near Round Rock.