I’m tired of Christmas. Let’s blow it up. 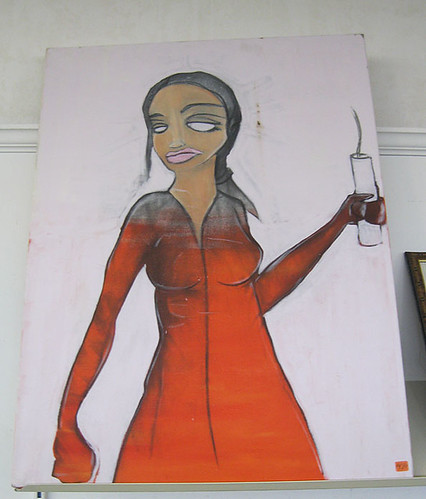 She couldn’t be restrained to the Goodwill art section. She had bigger plans. She clenched the stick of dynamite between her teeth, struck a match off the stark black and white of an Ansel Adams close-up of a boulder against a cliff, and lobbed the explosive into housewares. By the time the last pan fell, she had already made her way to sporting goods, knocked down three or four employees with a well-placed bowling ball and a bank shot–nailed the split, too–and freed herself by serious application of second-hand golf clubs.

When last seen, she was executing a Thelma-and-Louise style rampage through central Texas, and is considered dangerously independent.

I love this picture. It’s like the angry woman that didn’t make the tryout to be the fifth member of Gorillaz, and is going to tell the recruiter what she thinks about it. There will be no survivors.

One Response to “Frankly awesome”