The Faces of Santa

I still don’t know what weirdly mechanized Santa did. I know that he had a spigot in his mouth–though really, don’t we all?–and LEDs for eyes, but short of actually finding a pair of double-A batteries in my back pocket and charging him up, there was just no way of knowing. 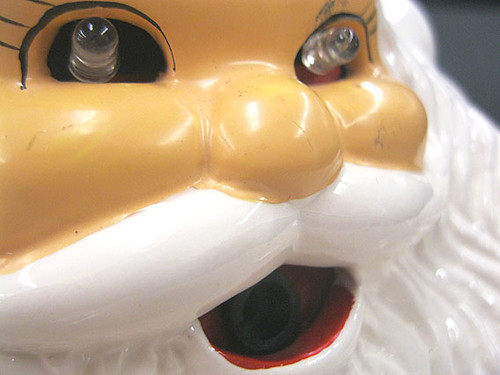 Did he cough up an endless stream of snow, like some sort of god of the northern wind? Perhaps he blew bubbles? Or maybe when you flip his switch, a single white butterfly emerges from his lips like a fluttering prayer, and drifts heavenward? 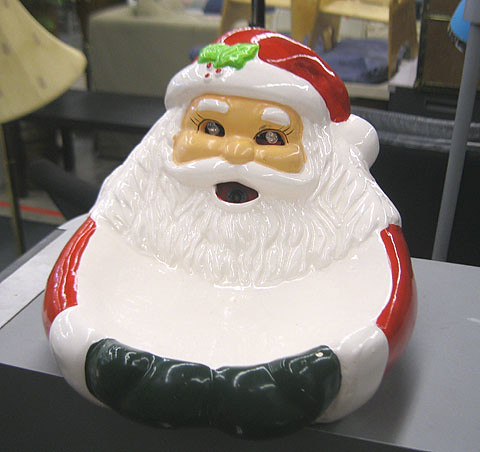 Or maybe he coughs out six balls with tonight’s winning lottery numbers on them. Or maybe new tributes from District 12. The ways of Santa are mysterious. 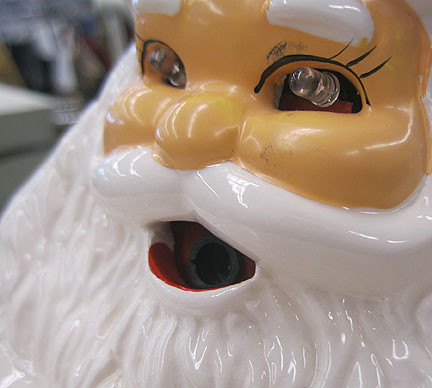 I’m clearly going to have to start carrying batteries with me when I go shopping, this is going to bother me forÂ years. 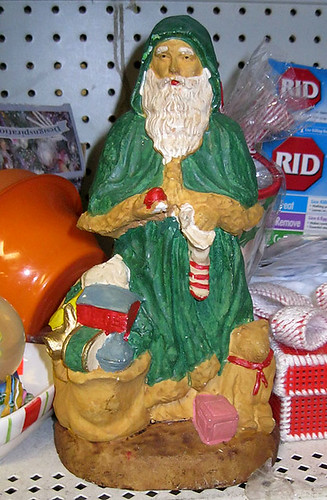 Santa…Santa has a gift for you. But you have to guess what it is.

Maybe…just maybe…it’s a face? Sometimes good boys and girls get faces. Bad little boys and girls get no faces. Sometimes they wake up on Christmas Night and look at themselves in the mirror and THEY HAVE NO FACE, but they don’t realize it, because, hey, missing face. Granted, a teddy bear isn’t a little girl or boy, and perhaps we shouldn’t draw generalities from stuffed animals, but this is really more an “Early Brothers Grimm” Santa than a “1940s retail display” Santa. 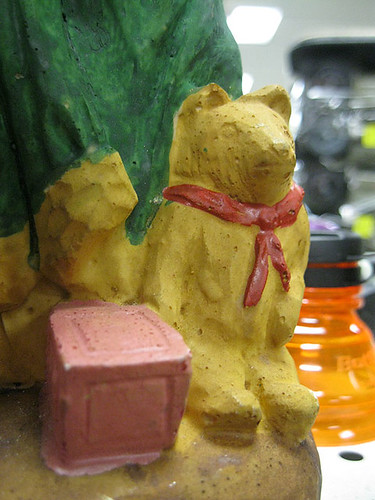 For one, just look at that present. 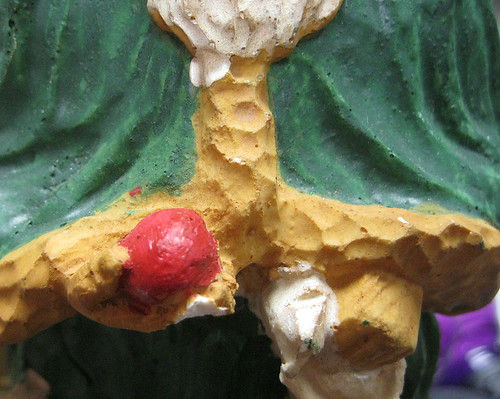 Well, maybe not. It may be a ball. In fact, it’s probably a ball. Or a giant red strawberry.

Or a human heart.

Another weirdly distorted Santa from the santa-mines. This one’s alarmingly wedge-shaped. And not even aerodynamically wedge-shaped, but “big block of cheese” wedge-shaped. It’d scare the hell out of the children. He’s freaking out the toys, and they’reÂ inanimate. 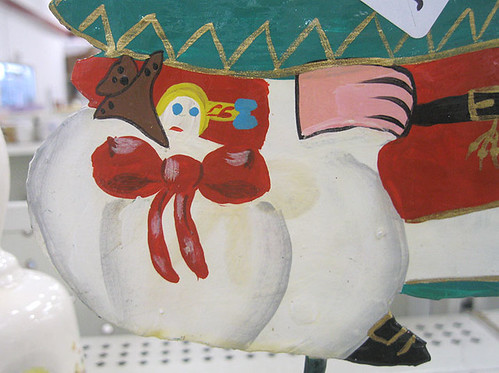