Let’s get some shells going here.

One of my bloggy friends politely reminded me that I have been neglecting the duties passed on to me by the secret Shell Art masters who control almost every coastal city. I would hate to anger them, because they give me lovely things like this. 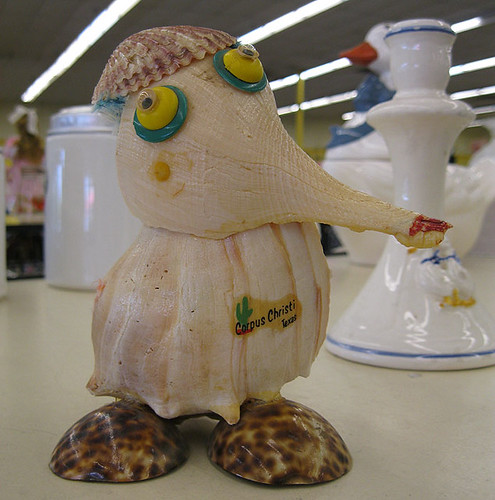 I don’t what it is, but it’s 1) from Corpus Christi and 2) has lips. And feet. And a massive proboscis, which it clearly uses to either sip nectar from improbably large seaside flowers, or to implant its eggs in starfish. I would think that I would have seen the latter in a nature documentary of some sort, unless They’re hiding something. 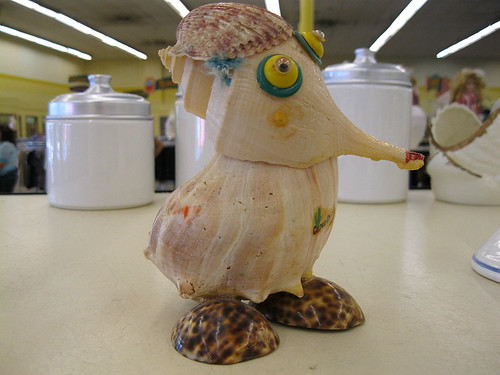 If they are, they’ve done a good job. You’d think that freaky google-eyed stump-footed undersea anteaters would be bigger news, particularly once they learned to apply their own make-up. Tricky when you don’t have arms, but one admires the dedication.

And such a fetching little hat. Fashion tip: always accessorize your weird little scullcap with maribou fringe so that it matches your weirdly vibrant sclera.

Unless that’s its hair. Maybe it has hair. Most sea creatures don’t have hair. But then, they don’t have lips, either, so I’m prepared to believe. 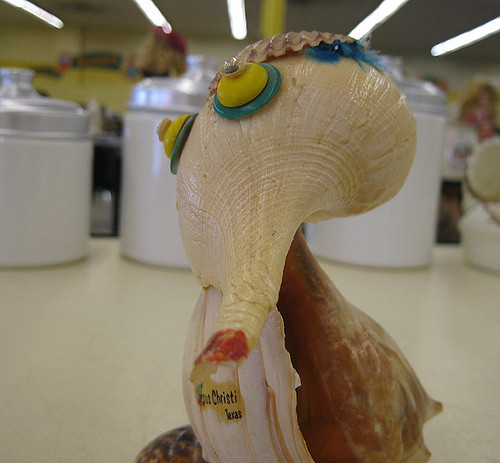 Next to New near Koenig and Burnet, an institution which normally has impeccable taste. Treasure the exceptions.

One Response to “Let’s get some shells going here.”