Whoever decided that the anthropomorphizing of small flower pots was a really great craft idea has my vote for visionary artist of the year. I have to say, I can’t see it. But every year when Christmastime goes around, there they are, saying “see? SEE? Flower pots can have a soul too! Flower pots can be angels! And nutcrackers! And gingerbread men! Why, we’re going to have a Kickstarter up for a flowerpot nativity with 20 shepherds and a whole gaggle of angels. Funding starts at $12,000, are you in?” 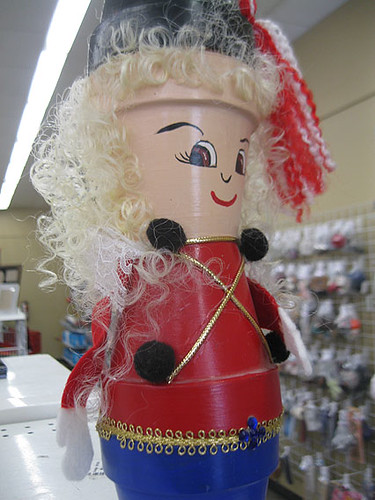 The best part about the oeuvre of the artist “Flowerpotgrrrl1972” is the little flappy arms made out of one-ply felt. The body is so massively massive, it’s like making a statue of Grant or Hitchcock, running out of bronze, and saying “oh, just stick in some barbie arms, no-one will notice.

For most of the holiday season I’ve had the idea of a Max Fleischer dance contest stuck in my head, where the winner is the most boneless dancer on the floor. I think she could at least place. Though her ridged spine might work against her. 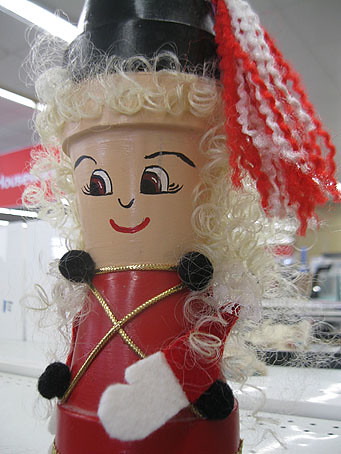 If nothing else, she’s happy. But you do get a sense that the artist made sure that the two tiny pots comprising her head were entirely empty. Probably even rinsed them out. She’s got one of those “brainpan rinsed out” facial expressions. You get them on certain small dogs, though they’re more “barky” than “cheerfully vacant, but with just a bit of Mona Lisa around the eyes.” 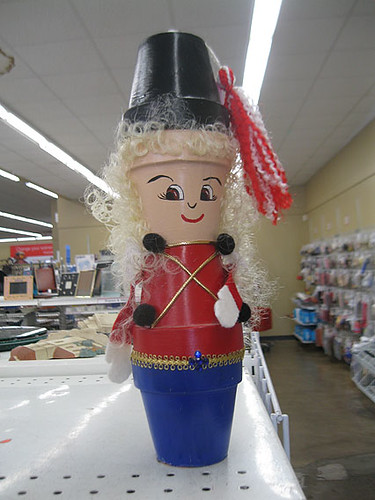 I take it back–that’s actually a strangely knowing facial expression. Maybe the artist, like Da Vinci, was actually cleverly working a self-portrait into what might some day become an international art treasure. We may never know, though, I understand later she was taken apart and used to sprout cantaloupe.

Sing the following to “O come let us adore him.” 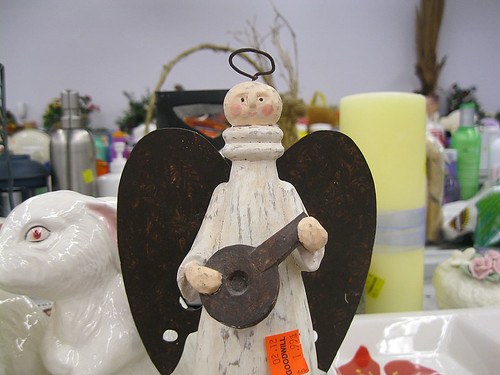 Clearly it takes all types to make it in heaven. And some of those types haveÂ ridiculouslyÂ small heads, which they have shaved. Granted, I think it’s unreasonable to assume that all angels were painted by a Flemish Master, with glorious flowing hair and a body like an overhyped pop star, but taller. But one might hope that their angel was capitated with more thought than the guy at the ice cream shop putting a cherry on it. 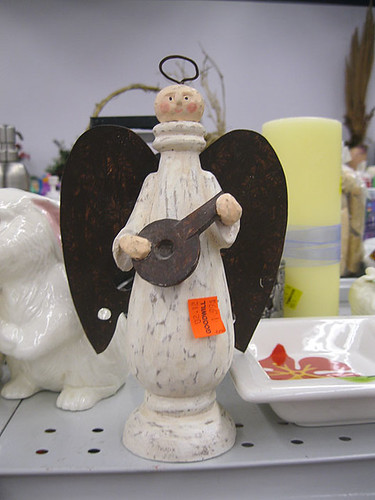 He’s clearly from one of the more embarrassing flights of angels. The ones that keep bumping their heads against the windows of the celestial mansion. I understand if you hang bags of water around, they get distracted and fly away. 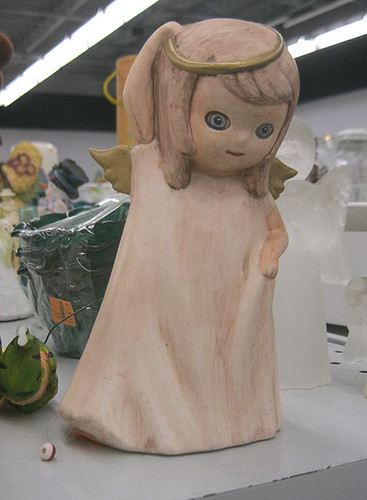 “Okay, world! Get ready! I’m going to tip my halo and spread some Christmas cheer!”

Part of me loves her. I love that she hasn’t let her obvious setbacks–head like a watermelon, arms like a tyrannosaurus rex–get in the way of whatever it is she was about to do. Possibly perform aÂ soliloquy, possibly replace her car’s alternator, possibly kick some serious ass. I wouldn’t stand in her way, regardless. If I sufficiently pissed her off, she’d probably headbutt me, and I’m pretty sureÂ feisty, special-needs angels are covered under “acts of God.”