Would you trust your lizard with this bottle?

This guy narrowly escaped being labeled “NSFW.” It’s hardly something he could help–lots of bottles end up being kind of, well, narrowed and tapered and such, but not many of them are…ah…quite this streamlined. Typically bottles aren’t something I’d accuse of having a dirty leer, but if there was ever a bottle capable of it, this bottle could haveÂ ideas. 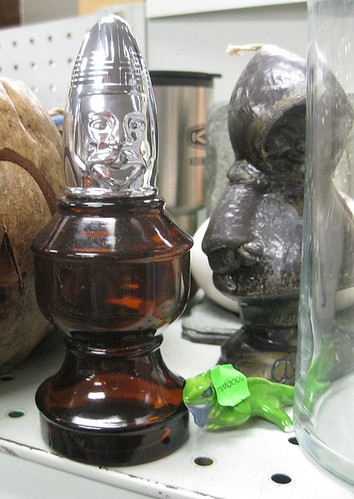 “How about you and me drink whatever I’m holding and toÂ hell with whatever it may be, whiskey or rum or cheap cologne, and then play a couple of rounds of ‘hide the cap’? It’s a little game I invented. Just between you and me, I’m always the winner.”

There is a small chance that this is a totally innocuous bottle, maybe a commemorative piece from the early 1980s relaunch of Saturday Night Live’s “Coneheads,” or a sacred altarpiece from a tiny culture that worshipped cucumbers as gods. It’s possible, but is it likely? No. 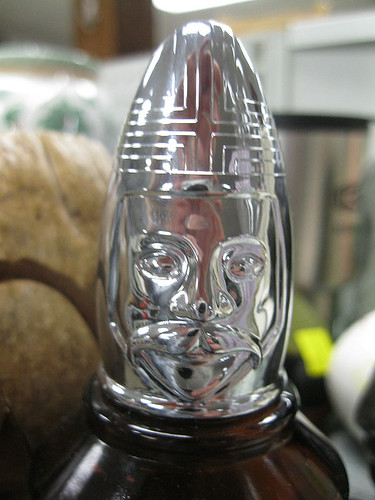 Just look at that face. Try and imagine a universe where it’s innocent. Can you? I can’t. 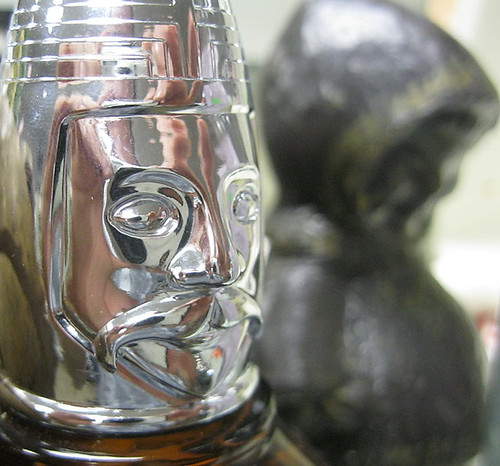 The only appropriate response to the bottle is shame.

Goodwill on 2222 and LAmar, Austin

3 Responses to “Would you trust your lizard with this bottle?”