This year, I’ve decided the easiest thing to dress up as for Halloween is aÂ Papier–mÃ¢chÃ©Â art project. It’s a little conceptual. If someone asks what I am, I’ll say “it’s a work in progress.” And they’ll say “….and?” Then I’ll nod smugly. That’s the plan, anyway. Mostly I’ll just hope it doesn’t rain and my mask doesn’t melt onto my face like some extremely lame super-hero origin. 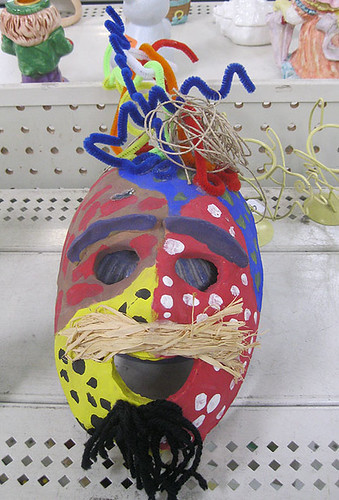 …a lame superhero with anÂ awesome goatee, I guess. I’m not sure what “look” we’re going for here is, except “fun with hair.” If the mask got up and started scuttling around on its beard as if it was spider legs, I’d only be somewhat surprised. If it started eating the candles a few shelves over, that would just be awesome, and you could charge admission to that.

Though I would like to take a moment to linger overÂ that hair. 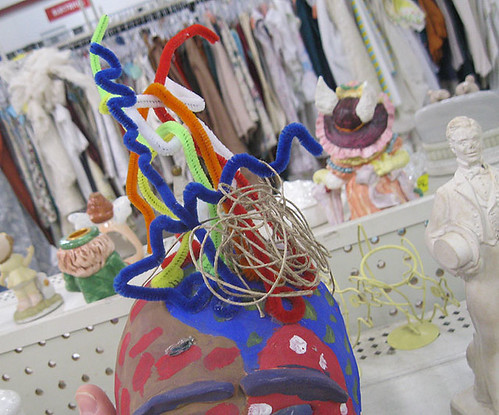 You could use that to catch small birds out of the air and drag them, fluttering and protesting, into your mouth. If you were a free-roaming predatory papier–mÃ¢chÃ©Â craft project. Which you probably aren’t. But if you are, have you thought of this as a hunting strategy? We are glad to be of service. 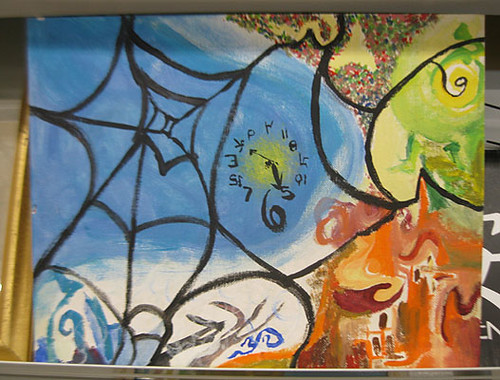 It’sÂ always time for weird surrealistic vistas.Â Always. I’m not sure what time it actually is, it looks like five minutes until “K.” I spent quite some time trying to figure out which way was “up” on this one. I’m still not sure. I might have photographed the entire thing through a mirror. Or in a dream. 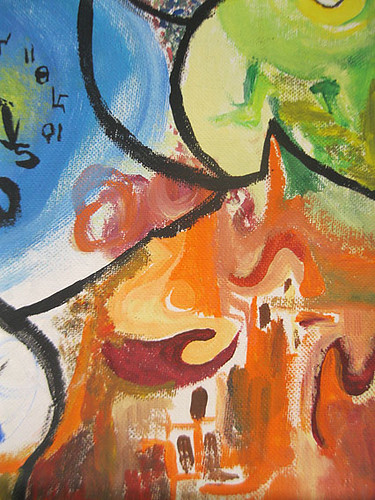 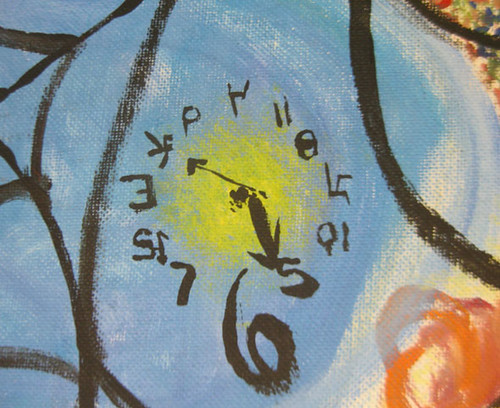 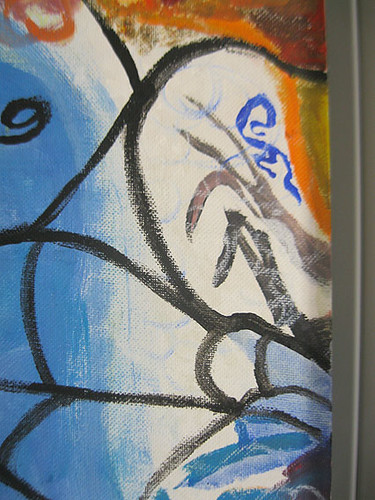 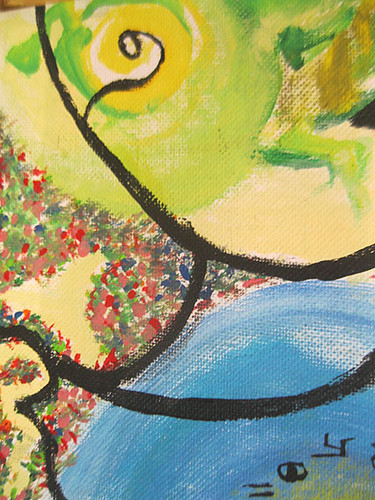 Taken out of context, this almost looks peaceful. You’d hardly know the town was draped in thick black webbing and slave to mad clocks and giant flaming crabs. Â This is probably the side with the better property values. Most people that could afford to move out of the Â giant flaming crab suburb moved East years ago.