What, I missed it? Well, poopies. I never notice the big CD until like a week afters anyway. So, from Spain, to you, take this pile of balsa and construction paper, pretend it’s commemorative. 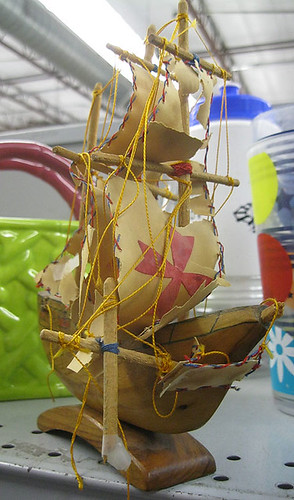 Thankfully, most modern ship sails are made out of a durable nylon/poly blend, not from pages torn out of those little notebooks they gave you in Elementary school, the ones with the picture of the indian on them that would disintegrate if you were too enthusiastic crossing a “T”. The colonial period would have been much shorter, with a rhyme something like “In ’92 on August 3, Columbus did not go to sea.”

Also, ProTip, don’t make your anchor out of popsicle sticks. They float, and the Elmer’s wood glue gets melty and probably the fish would try to eat it. If kindergartners eat it, fish totally would. 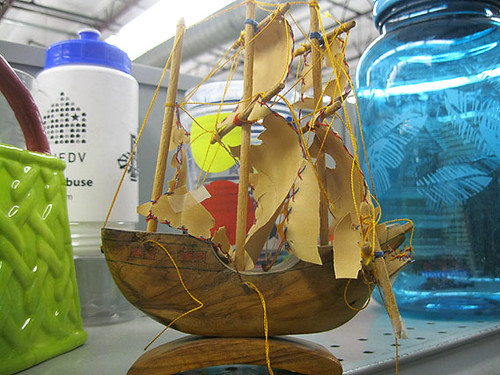 “And they say, when the full moon shines in the night sky, and the winds die down so there’s not a bit of movement in the air, the ghost ship sales through housewares, with a spectral crew of dustbunnies, you can almost hear them singing if you press your ear to the window, because the shop closes at 9:00 even on weekdays.” 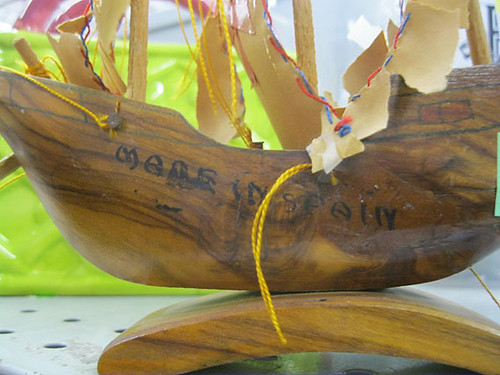 Poor construction standards. That IS “Made in Spain,” Right? Not “Mare in Spaiiy?” I can’t tell. I don’t want to make assumptions, this is Housewares after all. 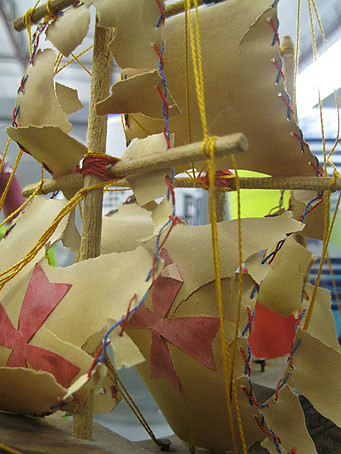 Aye, the battle was glorious, but terribly short. The Italians brought safety scissors.