One of them there hamburgerpots 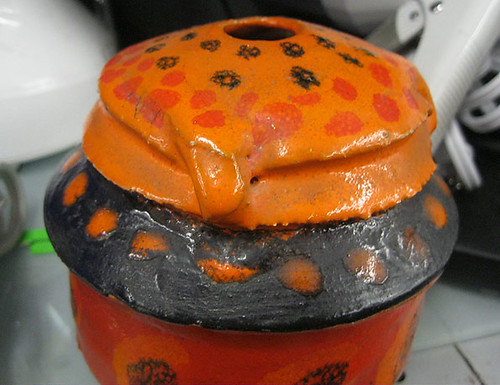 Cupcake? Hamburger? Ashtray? Unholy hybrid of the three? Â We are unsure. I’m trying to rule out alien space cyst, but can’t quite. I think I saw one in Barlowe’s Guide to Extraterrestrials, but it was the size of aÂ hippopotamusÂ and somewhat sentient. This one’s a lot smaller. But the pox-like texture, no, they’re of a kin. 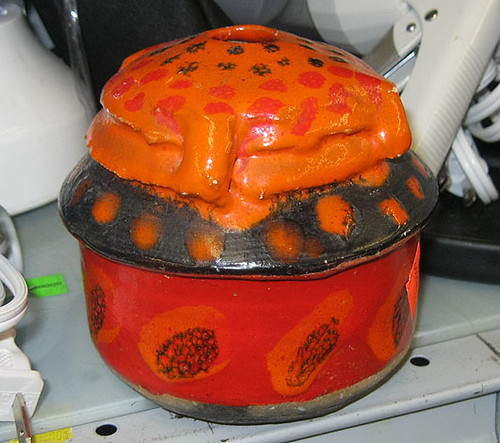 I think it’s leaking. Or erupting, volcano-style, like the sun setting behind the last of the Hawaiian islands, but covered in a thick layer of buttercream icing. Pass me a slice! 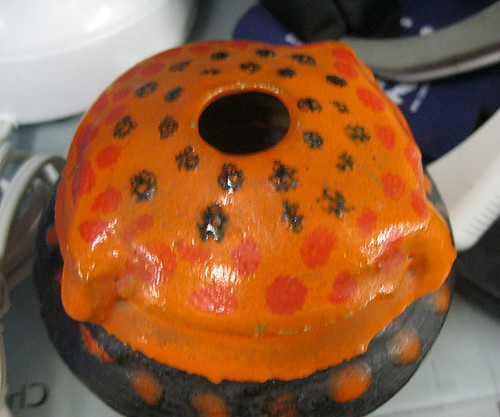 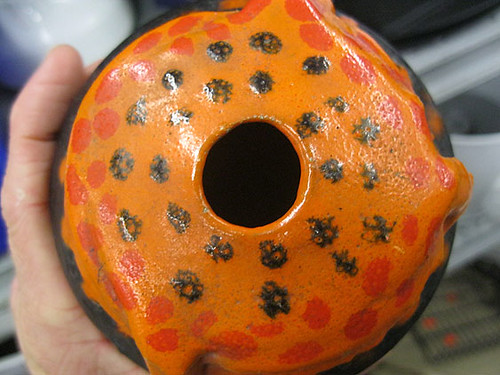 2 Responses to “One of them there hamburgerpots”