Our long-time readers may remember this angel from the distant past. She’s only gotten worse with age. Worse, and weirdly savage, in a way that angels generally aren’t. Usually the Heavenly Host is arrayed in flowing white, or radiant colors, or some such. They don’t usually have that “just got back from eating two dozen buffalo wings” look. And yet, here she is, waiting for her pre-moistenedÂ towelette. 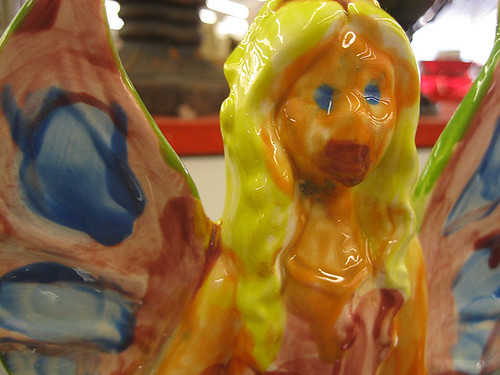 I swear, I saw a face like that inÂ Aliens. Not quite as blonde, sure, but like, a cousin or something. Or maybe a horror-thriller version of Little Orphan Annie.Â Annie II: Death is Only a Day Away. This is probably the scene where Sandy tried to run from help. Arf, indeed. 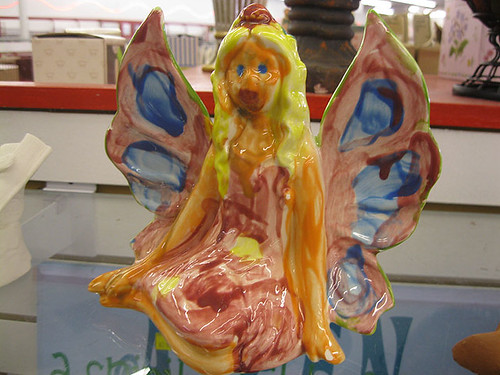