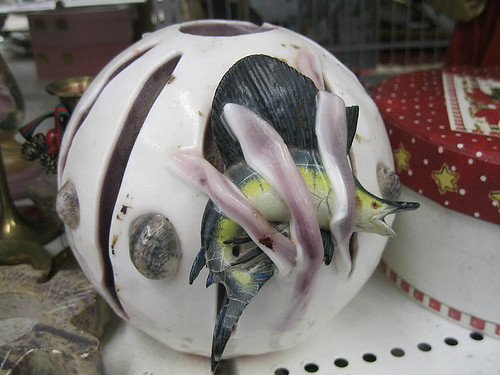 Finally, theÂ one villain we really need to call Aquaman for. Granted, he’s pretty third-string so far as superheros go, but if weirdly biological gilled orbs are stealing our swordfish, he’s the man I want on the case. Â Unless, you know, Green Lantern’s not busy. Because, let’s face it, Aquaman’s not exactly getting a 2012 film franchise here. 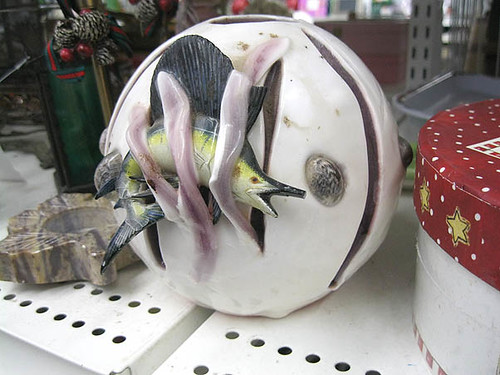 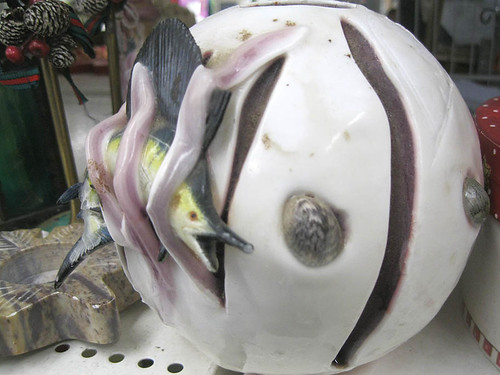 The whole “pray-entrapping tentacles” is pretty creepy, but I’m really curious about those shell-nipples and weird side-slits. This must be amazing when it’s lit, rivulets ofÂ sashimi-grade flesh trickling out of its sides in a pink-purple pool, and of course the swordfish wondering if it will escape before it’s slow-roasted. Poor, deluded creature.