Okay, it’s me. But someone ELSE has been, I don’t know, trying to spike rivets into them. Which seems a little bit extreme, they’re basically well-intentioned things and probably don’t deserve metal spikes driven into them. 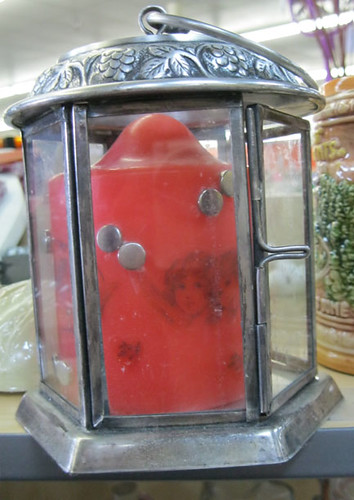 I’m going out on a limb and saying that the artist was probably trying to decorate the candle with tasteful metal beads, a little sparkle to…well, whatever this project was, some sort of magical angel-lantern. Â  But if they were trying to show someone taking pot shots at cherubs, well, achievement unlocked.

But whoever it was is a really terrible shot. He’s firing that rivet gun stormtrooper style, you have to aim with the backs of the elbows. 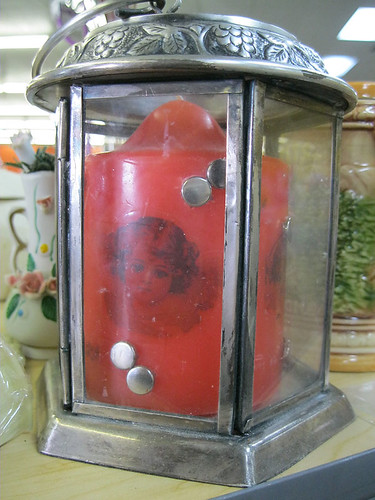 I mean, it’s not like they’re trying to doge, they’re just…kind of fluttering there, drifting slowly against the sky like pigeons on depressants, or maybe they’re bobbing in a sea of blood. I don’t know. 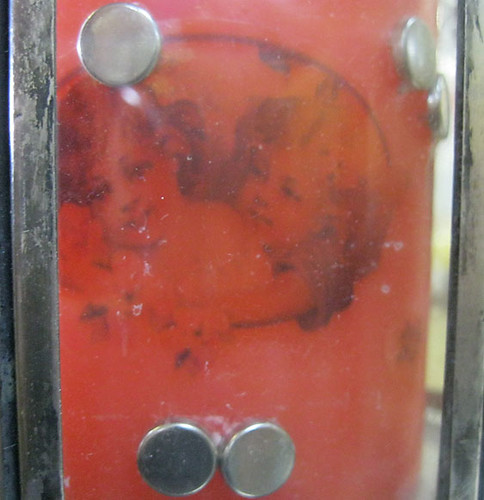 Ouch, that was nearly a hit! Aim a bit lower next time, see if you can bag a big feathery one!

As the angels drift slowly to the earth, and the angelling dog is sent in to retrieve them, we bid farewell to this thing what has angels in it. Goodbye, thing, goodbye, angels. Happy dodging.

Regrettably-closed St. Vincent de Paul’s Thrift Store near 620 and I35