The Goodwill on 2222 recently, maybe six months ago, putting discount bins in the front. I’m guessing it’s to give a bit of shape to the cash register area, or maybe just to slow down the occasional mad rush toward Women’s Sleeveless Tops. We are not sure. Mostly, it’s filled with religious devotionals and textbooks, but there is the occasional diamond in the rough. Take this for example. Take it. It’s probably been disinfected. 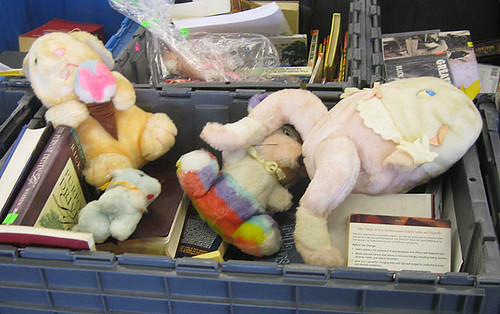 I’m pretty confident in identifying the conebunny as an example of the lagomorph tribe. That one’s pretty straightforward. And the embarrassing eggsniffing rat may be Chucky Cheese’s genderqueer cousin (although after the buxom ladymouse showed up at Showbiz, we children of the 80s are still unsure about Chucky, or posssibly Charlotte). Neither here nor there. I’m sure that everything in this bin could have been one for $.50 in one of those crane-games, but that’s about where my certainty ends. 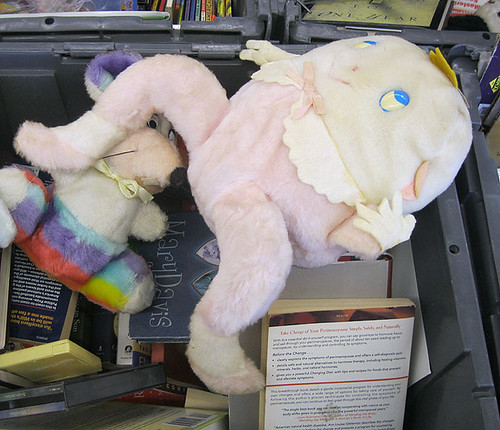 Clearly, this is some sort of long-legged leaping egg, but that seems like a pretty flawed concept. Unless it’s really good at landing it’d be a bit of a one-off joke. Or a gracefulÂ ballerinaÂ egg, but good luckÂ findingÂ someone toÂ pas-a-deux with an egg. 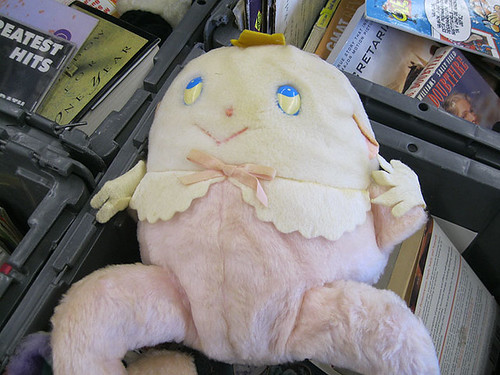 Maybe a young racing egg? When full-grown, its mighty strides carried it across the sand at breathtaking velocities. Many of them were incubated and hatched by wind friction alone. Or by suddenly hitting a Saguaro. But that’s not so much “hatching” as “a mess.” 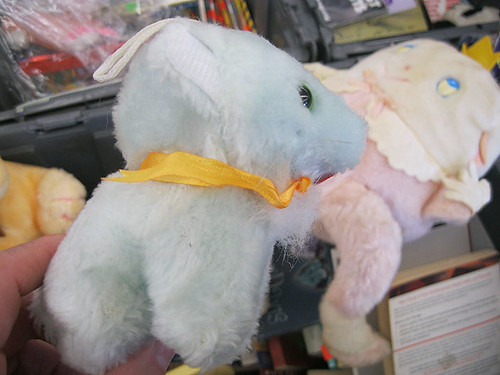 Elephant? Mouse? Elemouse? Strange stumpy gray aquatic ferret? It’s one of those little goodwill mysteries. Like that horrible crunching sound from housewares. What was that? And what is this? Were its ears blown off by French cannons? Nibbled by that horrible rainbow rat? Answer unclear, ask again later. 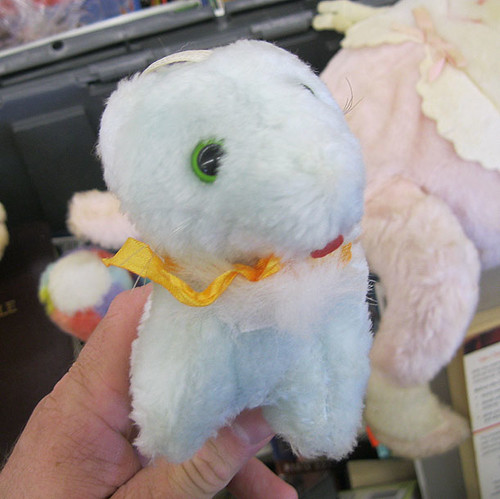 Adopt me. Adopt me, and bury me.