Bear of Fear and Flame

Or just fear. I’ve been holding onto this one for about two years now, mostly because I’ve been afraid to let go of it. It might freak out the dog, who’s timid and frankly a little old. I don’t know if his heart’s up to it. 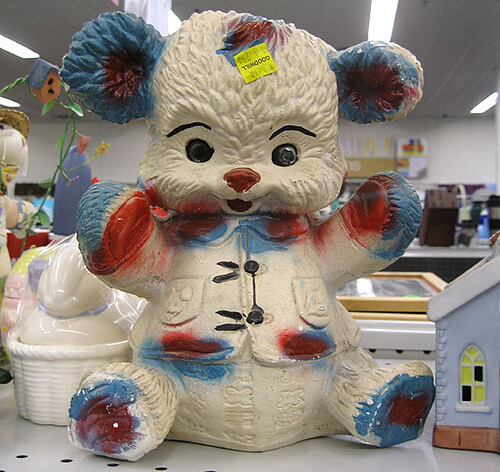 Tremble before the awesome majesty of Ursa Major, titanic destroyer of small ceramic cottages, weirdly patriotic terror of the nursery. He’s just here to add a note of fear to the Fourth of July, Flag Day, or any other misc. flag-waving occasion. It’s also just possible that you can put quarters into the back of his head, but frankly, I wouldn’t. There’s blood on those paws. 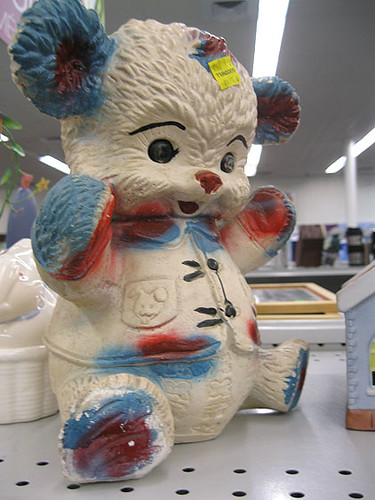 This may well have looked better in the artist’s head than in IRL. A little more like a fun red, white and blue Stars’n’Stripes sort of thing, a little less like an ursine monster that giggled while it crushed smurfs between its paws. The colorful ears kind of bother me, though. It’s like it’s got some sort of horrible case of frostbite. Maybe it wiped its face after disposing of all those smurfs?

Details! Unloved by the artist, these little fandangles didn’t meet his fiercely patriotic aesthetic requirements and so were left blank. I preserve them here for posteriority–the original designer was clearly going for something that was actually cute, but the vision was very much lost in translation. 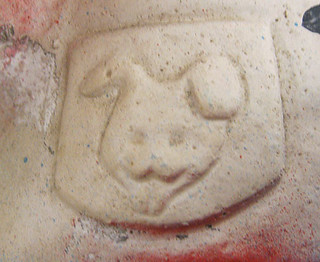 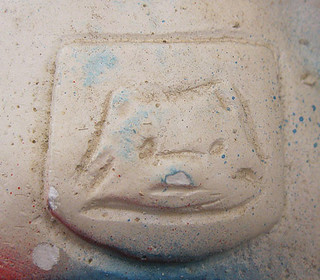