We’ve been watching a lot of the new “Doctor Who” lately. So the idea of a strange pink light disgorging a swarm of nearly identical, monster-faced ballerinas actually kind of makes sense. They’re probably not actually aliens, but something about that last production of La Bayadere and that possessed critic on the third row had an…unfortunate effect on the local art scene.

So, points to the artist for ambition. For the will toward greatness. Not so much for capturing the lifelike movement of dance, though, these look more like awkward, wobbly ballerina-shaped wooden tops…except for the faces. 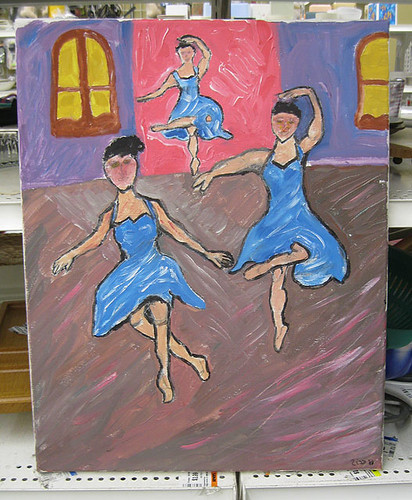 Because the faces are where the artist reached too far.

Okay, to be fair, the artist reached too far when s/he was on the “paints” aisle at Michael’s, but on the faces we can really see where vision outstripped, maybe not skill, but certainly the limits of a 5/32″ flat soft-bristle brush. The faces were, basically, where things really went wrong. Maybe not at first, though. You have to build up to the wrong. 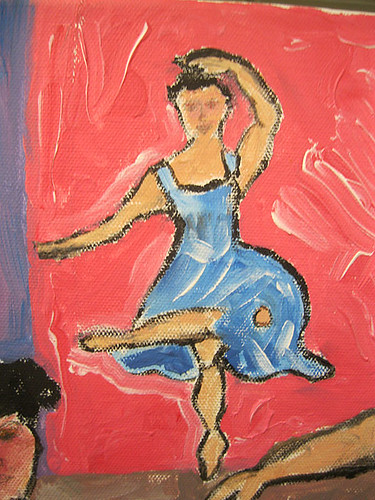 The bloom, as they say, is not yet off the rose. This dancer just broke free of the strange pink holding field, and still hasn’t metamorphosed into her final demonic form. Don’t worry, it’ll happen soon enough. 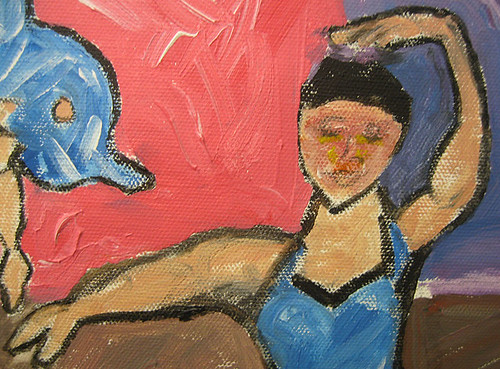 The change is starting, oh so slowly. And I’m sorry, I was wrong, this wasn’t La Bayadere, it was apparently an exciting experimental version of Cyrano de Bergerac that totally knocked down the gender rolls.

And that is one buff ballerina. I can understand dancers having strong legs, but this one’s been working on her biceps. Treasure her beauty, kids, because, my god, is it fleeting. 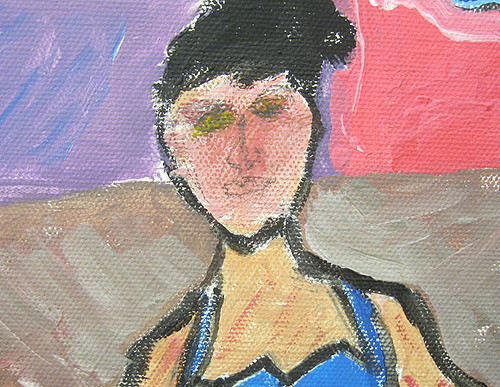 This was the last thing the male lead saw before that last, fatal, pas a deux. Then there was a horrible crunching sound, and a 15-minute intermezzo which wasn’t listed on the program. Then the understudy went on for the second half, and really, he wasn’t bad.

One Response to “Run! Here come the ballerinas!”