Once about the candle go

Sooo…this was meant to be for Good Friday for maximum inappropriateness. But I got swept away in the frenzy of carrots. Mea culpa.

Bunnies–they pretty much symbolize innocence, right? If you ignore the “making more bunnies” angle, which, rest assured, the bunnies do not–they’re cute, they wiggle their noses, rarely pirate DVDs, seldom run for office.

So it’s sad when you catch them sacrificing their own in some sort of disturbing mountain-top ritual. But it happens. Apparently. 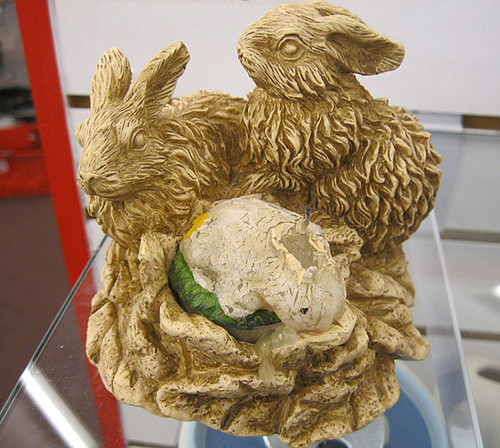 Call it context, maybe contrast, but those bunnies in the background really don’t look like nice characters. They’ve got those scary zombie eyes you get in certain kinds of ceramics, and coats that would do a lion proud. But mostly, they’ve somehow rammed a wick into a stunted, malformed smaller rabbit and have started rendering him. This, I think, makes them Not Nice Bunnies. 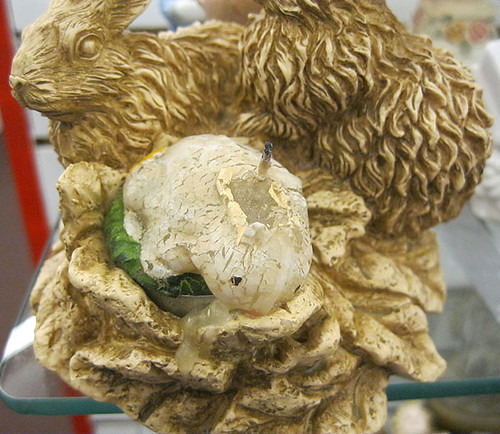 The poor thing :( Did you know it would end like this, little lumpbunny? Wick through your heart, vital fluids oozing down a cliff, as larger lagomorphs cavort fiendishly behind you? Of course, you are a weird fetal blob, like some reject from a Dr. Who casting call. 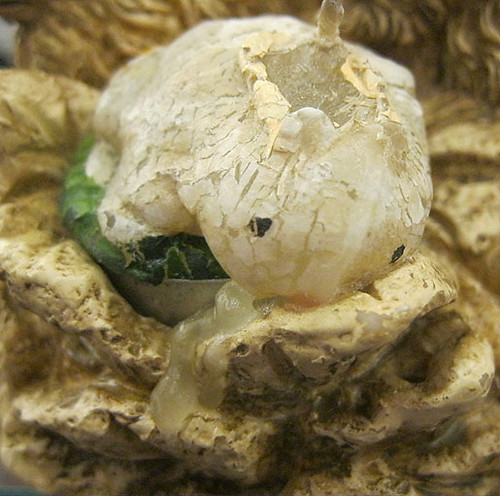 As the creamy nougat center of the rabbit slowly set in the west, we left the foothills of the Rocky Mountains with a sense of bittersweet insouciance, knowing next year we’d return to Alberta, but would probably leave our cameras at home next time.

Salvation Army on 183 near Metric, Austin

April 8, 2012   TV's Jacob
Uncategorized candles, it must be bunnies