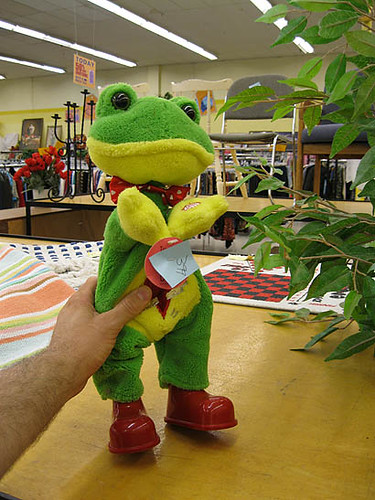 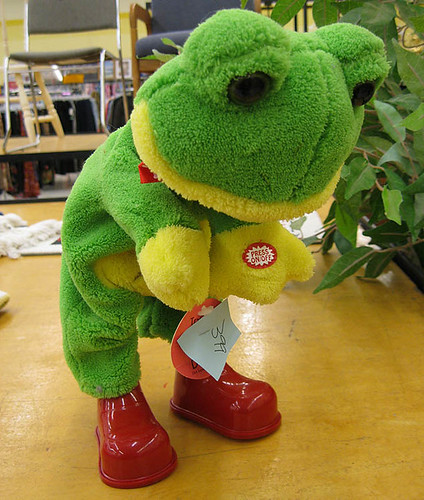 This is what the toy section of Thrift Town does to you. It breaks your spirit, and your back, and makes you wear comically chunky plastic shoes. Of course, being made of terrycloth might have the same effect. Five minutes in a giant green towel can make anybody wilt, particularly an amphibian.Â  If you had a football team, and your home town game was widely considered improved if it was rained out, this could easily be your mascot.

“It’s still not much of a name.Â  You can’t really rally around it, can you? You could at least be, I don’t know, the Brave Frogs, or the Raging Frogs.”